What is going on in Faryab province? 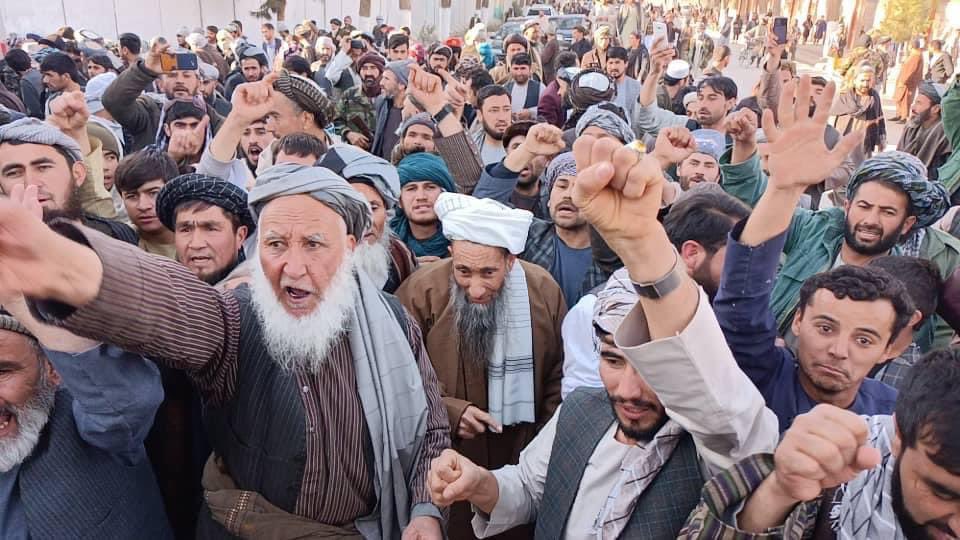 Today, Taliban arrested one of their senior commanders which is related to Uzbek ethnic group, named Makhdom Alem.

Former governor of Faryab, Naqibullah Faeq, said that Alem has been arrested because he belongs to a non-Pashtun ethnic group.

Faeq added that in past three years Taliban have had victory in Sarepul, Jawzijan, and Faryab because of this man.

This issue generated public outrage and  supporters of Makhdom Alem protested against other Taliban, as well as disarmed Pashtun ethnic Taliban in Faryab.

Following this issue one of Taliban’s spokesmen said the issue has been settled, but assistant of Makhdom Alem denying this issue said the spokesperson is lying.

Some politicians reacted to the protest of people in Faryab, too.

Former vice president, Amrullah Saleh, called the protest of people as a sign of “popular uprising.”

President of Massoud Foundation, Ahmad Wali Massoud, reacting to this issue said that fearless Uzbek compatriots are rising against the Taliban’s tyranny in Faryab.

“The resistance is growing through the people’s will for their dignity, rights and values – we must join hands and support their call nationwide and across the world,” Massoud said.

Leader of National Congress Party of Afghansitan, Abdul Latif Pedram, reacting to this issue called on non-Pashtun Taliban fighters to stand against the monopoly of Pashtun ethnic Taliban.