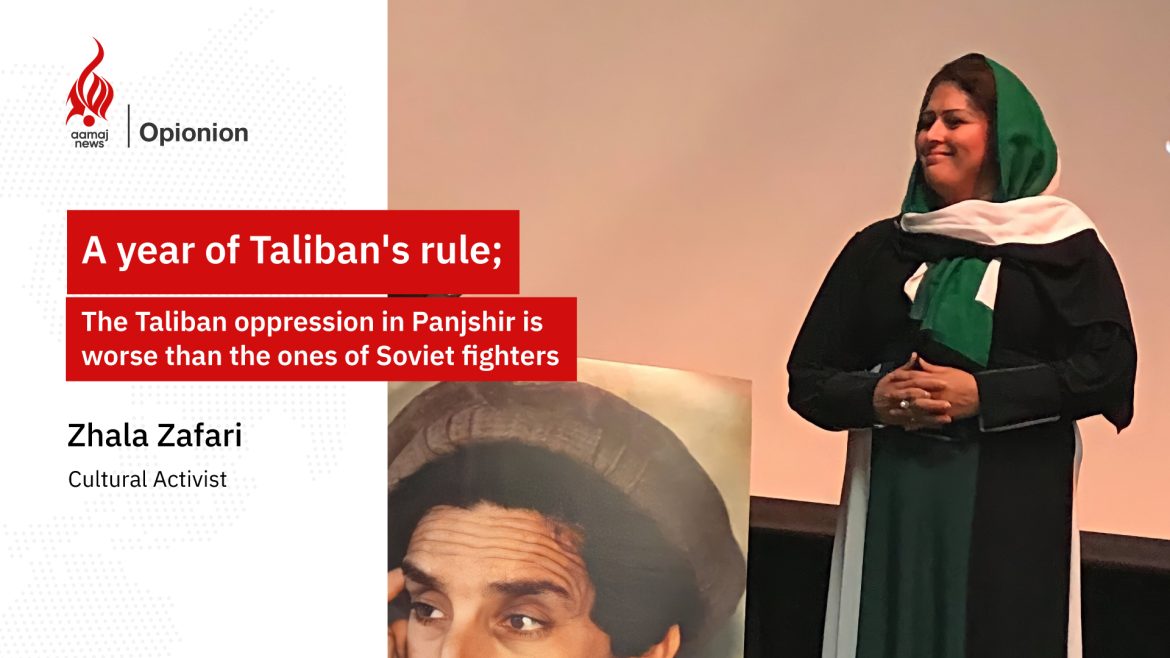 It has been a year of Taliban’s rule, Panjshir was the last province that Taliban captured.

Taliban entering this province massacred people because of their enmity with the National Resistance Front of Afghanistan (NRF). They killed women, children, youths and aged ones accusing of cooperation with the NRF.

They flogged the youths with bare body in shipping containers. They turned all governmental places into their military posts. They violated people’s privacy in order to search the houses and plundered people’s money and jewelry.

They have had no mercy even towards animals. Their behavior towards people was worse than the Soviet fighters that the aged people in Panjshir can remember.

The Taliban must be aware that no authoritarian regime will last, and people will collapse all of them. No oppression and tyranny will last, and the sun of freedom will rise from Hindu Kush, and we will have a free country.