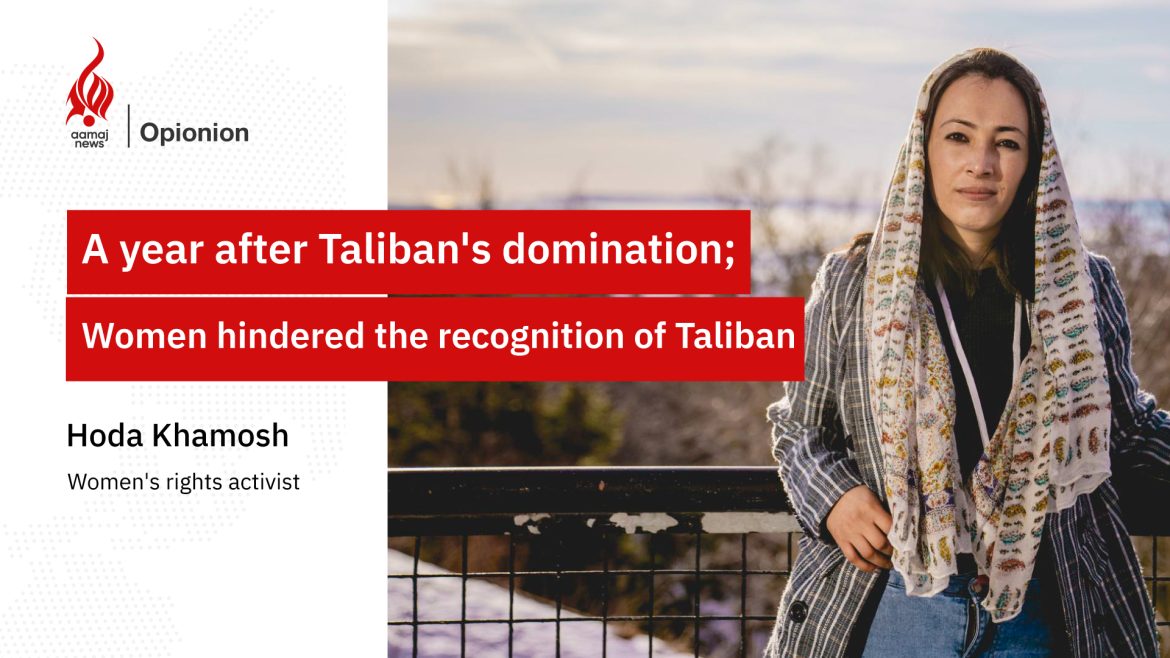 It has been a year since the gloomy entrance of Taliban in Kabul, a year since the day that women went back to stone age. The bases of modern world is on equality of men and women, but Afghanistan is going backward despite cultural wakefulness and science. Women are being censored violently, and their place have been chosen to be home.

August 15 is a despicable and unforgettable day for women in Afghanistan. It is the very day that the school and universities’ doors shut for women, and they faced deprivation and organized elimination.

I clearly remember the first steps that had been taken to erase women from society, that night started with the Taliban gunfire, Mazar-e-Sharif had fallen and Taliban entered Kabul. Lots of people rushed to the airport, and some others hid themselves at their homes.

The first week was quiet, and all the people hid themselves. Taliban started to cover the city, as their first measures they closed the schools, beauty salons and some government offices for women. At last they started to impose hijab and the targeted and mysterious killings also started. Taliban announcing their general amnesty decree beheaded thousands of people, and shot youths.

After the announcement of the cabinet composition, the women awakened and got out of their houses that there they were experiencing gradual death. They tried to be the voice of people, women and scattered generation, they are being flogged, beaten and imprisoned every day. Still the Taliban are doing the extrajudicial act and kill people under different pretexts.

But the voice of women has not been muzzled, and their struggle showed the true face of Taliban to the world that they supposed the Taliban are reformable, and hindered Taliban’s recognition.

The Taliban have taking a country in hostage by oppression, and there has not been done anything to end their cruelty.

The sanctions on Taliban’s leaders trip have made them more oppressive, and the presence of Al Zawahiri, the father of terrorists has revealed their true face.

There are concerns that the Taliban would start to nurture the people with terrorism abusing their poverty and current situation which will turn Afghanistan into the terrorists’ territory that will threaten the region and the world. One day we will face the misery that its control would be hard for us.