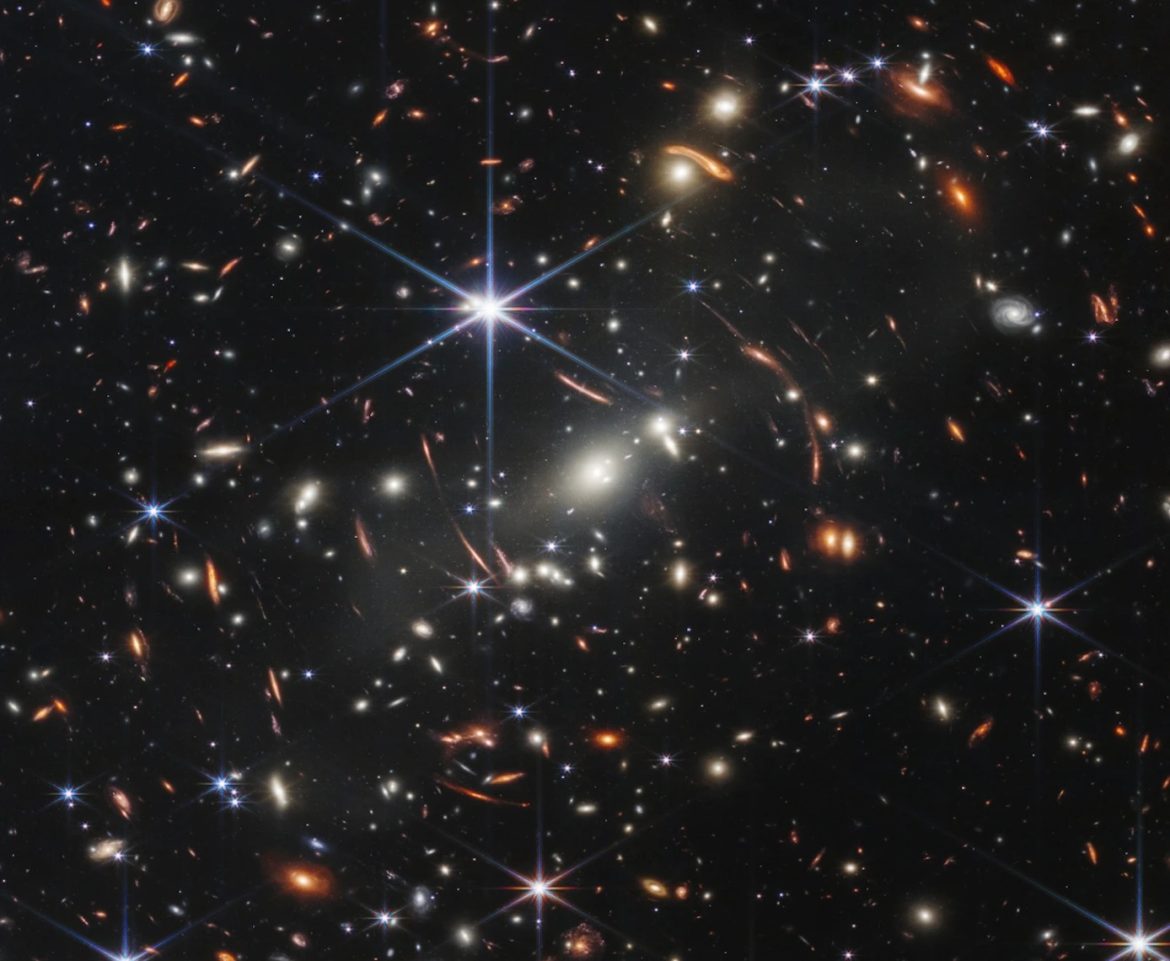 Nasa has released an image of far-flung galaxies as they were 13 billion years ago, the first glimpse from the most powerful telescope ever launched into space, which promises to reshape our understanding of the dawn of the universe. While releasing the image the US president, Joe Biden, was present at the event as well.

The first image which has been sent by the 10 billion James Webb Space Telescope (JWST) reveals the farthest point in the universe that has not been seen before that which is known as the dawn of the universe the moments after BigBang.

The US president Biden showed the image during a press briefing in White House and called a big achievement of humanity.

“These images are going to remind the world that America can do big things, and remind the American people – especially our children – that there’s nothing beyond our capacity,” President Biden remarked.

Nasa described the picture that covers a patch of sky approximately the size of a grain of sand held at arm’s length by someone on the ground – and reveals thousands of galaxies in a tiny sliver of vast universe. It denotes the faintest celestial bodies from near-infrared to blue, orange and white colors.

The image shows a bunch of galaxies that date back to the very few moments after BigBang approximately 13.8 billion years ago.

James Webb Space Telescope is considered to be the most powerful telescope ever made by humans and was launched on December 2021.

Chinese and Russian officials discuss “peace and reconciliation of Afghanistan”