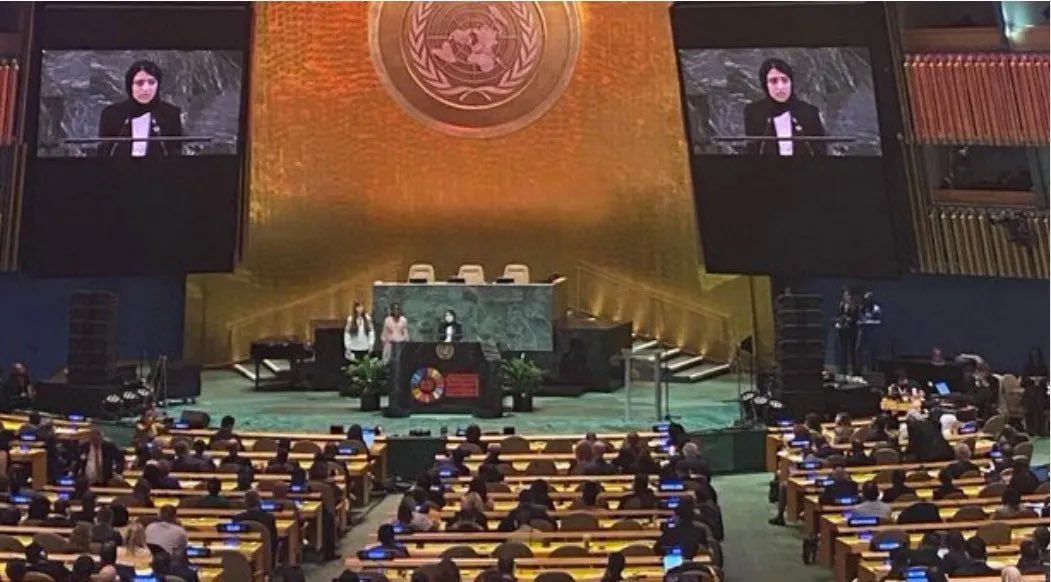 Somaya Faruqi, former captain of the Afghan Girls Robotics Team in her speech at the UN summit addressing the world leaders urged them not to allow Afghanistan to become the graveyard of Afghan girls’ dreams.

She delivered her speech at the UN General Assembly in New York.

“Do not let me and my Afghan sisters become the victims of global politics,” she said.

The news comes as the Taliban have not been invited at the UN summit because of their lack of recognition by the world.

It is mentionable that Naseer Ahmad Faiq, Charge’d Affaires of Afghanistan permanent mission to UN will deliver his speech, too.

Foreign minister of Pakistan discusses peace, stability in AFG with US envoy