What do we already know about anti-Taliban fronts in Afghanistan? 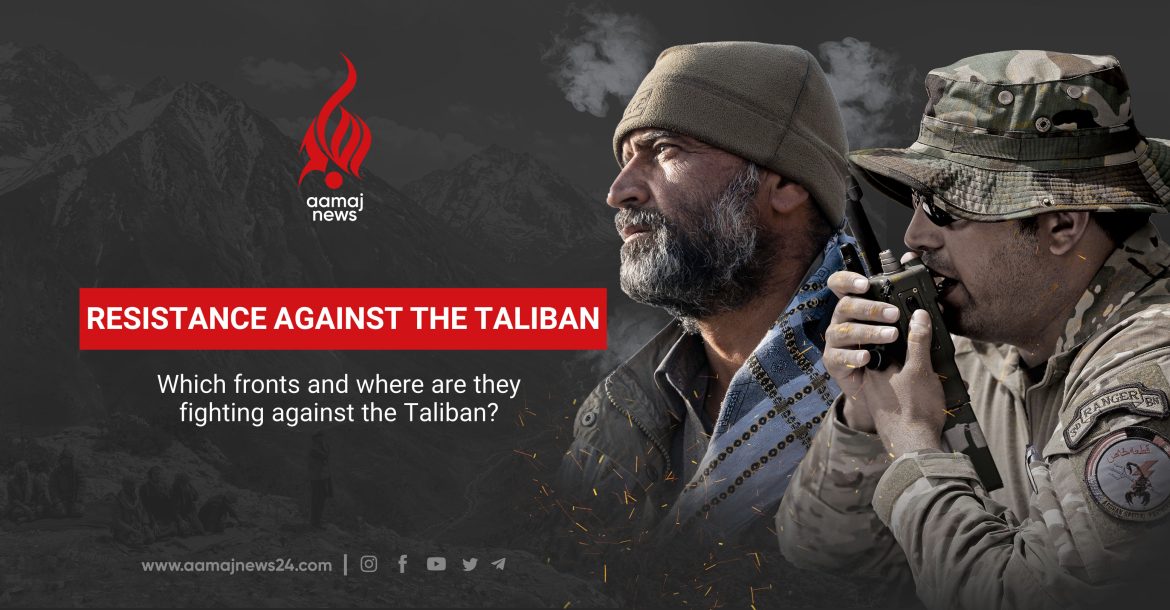 After the collapse of republic and Taliban’s takeover in past ten months, different anti-Taliban fronts with various structures formed across the country. Gradually, after the formation of the National Resistance Front [NRF] led by Ahmad Massoud other fronts as Freedom Corps, Freedom Front of Afghanistan, Liberation Front of Afghanistan and guerrilla fighters of Ata Mohammad Noor appeared one after another. This report discusses the anti-Taliban fronts across the country.

The National Resistance Front of Afghanistan

It is the first and the most well-developed” of all the anti-Taliban fronts in Afghanistan which is led by Ahmad Massoud, the son of the late Northern Alliance commander and national hero of Afghanistan Ahmad Shah Massoud. Political figures as former vice president, Amrullah Saleh, former defense minister, Bismillah Khan Mohammadi, former justice minister, Fazal Ahmad Manawi, political figure and author, Saleh Mohammad Registani and others contributed in formation of the front.

The National Resistance Front of Afghanistan [NRF] could survive a tough winter in Hindu Kush mountain and expanded its activities to regions as Panjshir, Kapisa, Parwan, Takhar, Badakhshan, Andarab and some other districts by arrival of the springtime.

All political figures of the front including Ahmad Massoud are outside the country currently, but its commanders and guerrillas are fighting against the Taliban in different areas.

NRF demands the formation of a decentralized government with the presence of all ethnic groups in power.

This group popped up after the National Resistance Front of Afghanistan, and it is continuing its activities in different military, civil and cultural arenas inside and outside the country. The front is led by General Yasin Zia, a former defense minister and chief of general staff, and the major parts of its members are former security forces.

Dr. Asim Sharar, representative of the front in an interview with Aamaj News Agency stated that the main goal of the front is to “free people from forced demands of Taliban”. The activities of the front focus mostly in northern provinces as Baghlan, Parwan, Kapisa, Panjshir, Kabul, Takhar, Samangan, Sar-e-Pul, Badakhshan and some other provinces as Kandahar, Nuristan and Daykundi.

The Afghanistan Freedom Front and the National Resistance Front of Afghanistan jointly carried out some operations in Andarab, but Mr. Sharar emphasized that it is impossible the two fronts to be integrated.

He added either side that fights against oppression, dictatorship is commandable, and all sides will support it as well.

Yet, the donors and the ones who provide them with the equipment are not known. Although, Mr. Sharar emphasized their fighters have gained equipment fighting against Taliban.

Liberation Front of Afghanistan announced its existence just a month after Taliban’s domination in Kabul. Lots of its members are the educated and intellectual ones who pursued their territory education abroad. The front is led by Germany-based Dr. Sulaiman.

Dr. Sulaiman got his PhD in the field of law in Germany, and has worked as a barrister for fifteen years there. He is also a member of a political group in Germany. The figures as former security chief of Maidan Wardak, commander Tura Khel, and former governor of Ghazni, Mohammad Dawood Laghmani are members of the front.

A member of the front who spoke on the condition of anonymity, said that they were “compelled to form the front against the Taliban”, he added that no prominent former politician is member of the front, in fact its members are all educated ones and some former security forces.

He also added that initially they wanted to join the NRF, but because of different points of views and different policies against the Taliban, they refused to do so.

The Liberation Front of Afghanistan does not accept any agreement with the Taliban, and believes that combat is the only way. Unlike other fronts, its activities are mostly focused on southern part of the country.

The front is continuing its activities in Badghis, Kandahar, Helmand, Khost, Ghazni, Ghor, Logar, Kabul, Parwan, Kunduz, Takhar, Paktia, Baghlan, and Panjshir. The representative of the front said that some patriots abroad donate money to support the front to provide equipment.

Initially, the fighters of Freedom Corps of Afghanistan releasing a video announced their existence in Kabul on February 2022. A Germany-based relative of late commander Ahmad Shah Massoud named Mohammad Jahish is the leader of the front. Jahish had left the country just three months before the “martyrdom” of Massoud to create contacts between Massoud and Germany.

According to Mr. Jahish when he returned to the country, he could not see the determination of Massoud in his companions. Finally, six months after the collapse of the former government, he decided to fight against the Taliban.

“Freedom Corps considers Taliban as the enemy of beauty, peace, and freedom. The fighters with their guns will target the enemy and bring freedom for respected nation of Afghanistan,” he added.

Mohammad Jahish told Aamaj News that they will focus on southern provinces as well as other side of the Durand line to defeat the Taliban. He said “by damaging Punjab we can put pressure on Taliban to leave Panjshir, Takhar and Badakhshan.”

So far its activities focused on Dih Salah, Qasan valley, Khwaja Hijran, Kahmard and Saighan, and Khost Wa Firing districts of Baghlan as well as in Darayim and Kimshim district of Badakhshan. Additionally, in Marmul district in Balkh, Dara-I-Suf district in Samangan and some areas in Sar-e-Pul, Faryab, Takhar, Ghazni and Kandahar the fighters of Liberation Corps continue their operations.

Despite the announcement of resistance of the fronts, Ali Maisam Nazary, head of foreign relations for NRF, said that except the NRF forces others are not present in the battlefield right now. He added that in areas they have activities, no other groups are active. But emphasized that they welcome any groups that fight for freedom of the country.

One of the commanders of NRF on Kapisa told Aamaj News that no other groups are active in that province except the National Resistance Front of Afghanistan.

“Initially, commanders as Akmal Amir, Kamran, and Ikramuddin Sari, former security chief of Takhar tried to activate the Freedom Front in Kapisa, but they failed,” he added.

But he accepted that Freedom Front has its own activities in Parwan and Jabul Saraj areas.

Considering the current situation, it seems that war has not ended in Afghanistan, and all sides are fighting to gain their goals. On the other hand, Taliban have not clarified whether the transfer of power would be through people’s will and vote or by force and weapon.

The intl community must not turn a blind eye on human rights situation in AFG: Amnesty International