U.S. officials express concern over the presence of al-Qaida, ISIS-K, and other terrorists in AFG 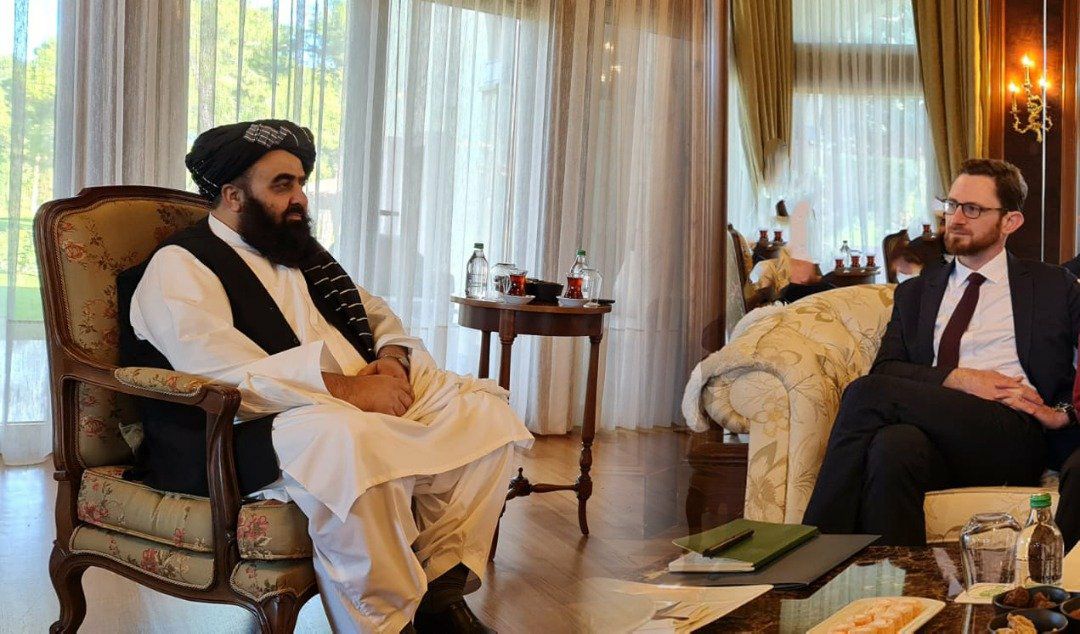 The US delegation led by its special representative for Afghanistan, Thomas West, in a meeting with the Taliban delegation expressed concern regarding the continuing presence of al-Qaida, ISIS-K, and other terrorist organizations in Afghanistan.

The Department of State releasing a statement registered concerns regarding increased interference by the Taliban in the delivery of humanitarian assistance.

The ministry added that On June 29 and 30, Special Representative for Afghanistan, Thomas West, led another senior interagency delegation including representatives from the Department of State, the Department of the Treasury, and the United States Agency for International Development (USAID) to continue discussions with senior Taliban representatives and technocratic professionals led by their foreign minister, Amir Khan Muttaqi, in Doha, Qatar.

The statement added that the U.S. officials expressed concern regarding the continuing presence of al-Qaida, ISIS-K, and other terrorist organizations in Afghanistan.

“The Taliban reiterated their pledge to not allow the territory of Afghanistan to be used by anyone to threaten any country,” the statement added.

While after mid-August, 2021, the Taliban officials have repeatedly vowed that they will not allow any groups to threaten other countries using the soil of Afghanistan.

Additionally, the statement added that both sides discussed in detail U.S. actions to preserve $3.5 billion in Afghan central bank reserves for the benefit of the Afghan people as well as steps to build international confidence in the central bank, Da Afghanistan Bank. But the US officials expressed their concern over the expansion of restrictions on women.

“The United States supports the Afghan people’s demands that girls be allowed to return to school and that women be allowed to work,” the statement reiterated. “Special Representative West made clear the critical linkage between progress on protection of Afghans’ rights and steps toward normalizing America’s ties with the Taliban.”

According to this statement both sides noted an interest in additional exchanges regarding counternarcotics, and disaster response preparedness.

“Occupiers” infiltrated the people in Kabul in past two decades: Hanafi