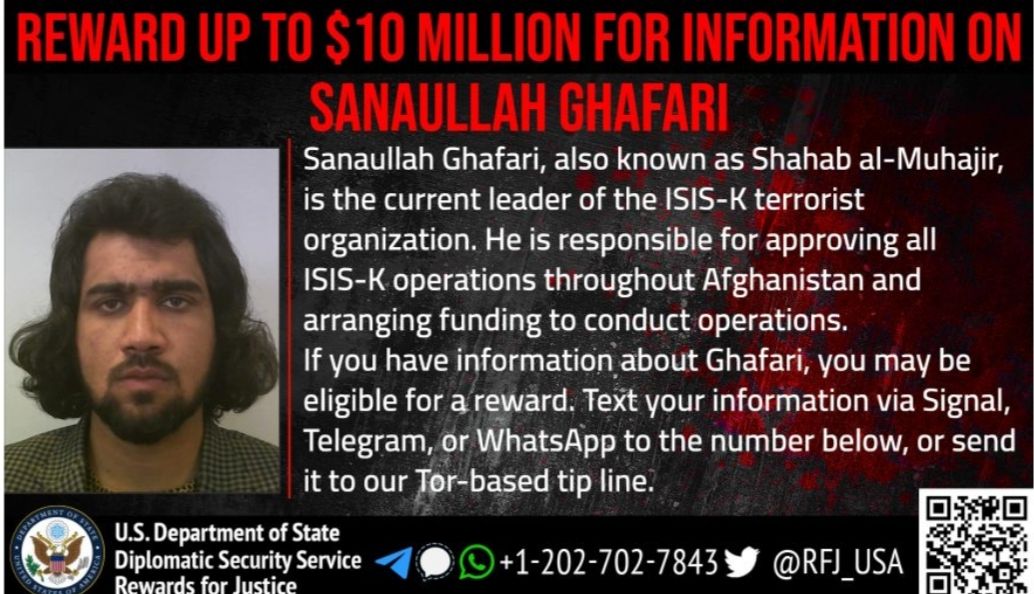 The US Department of State announced that it will give up to $10 million for information on current leader of ISIS-K, Sanaullah Ghafari, known as Shahab al-Muhajir and the terrorists responsible for the attack on Kabul International Airport on August 26, 2021.

According to the US Department of State al-Muhajir is responsible for all ISIS attacks across Afghanistan.