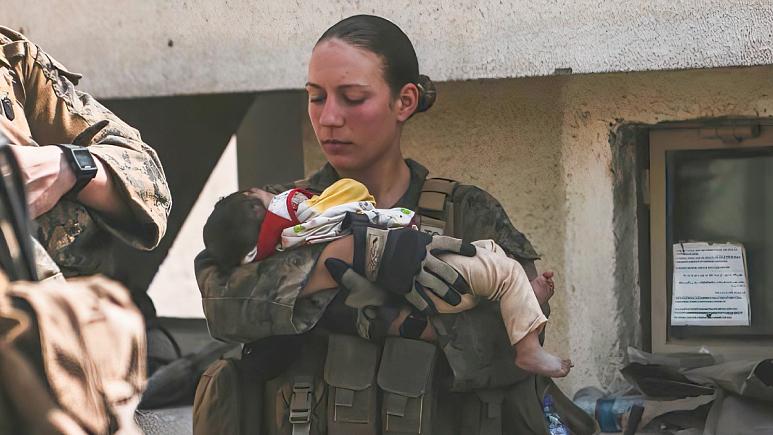 American media reported that families of 13 US service members killed in suicide bombing in Kabul on August 26 question the findings of Pentagon.

The United States Department of Defense earlier this month announced that suicide attack on entrance gate of Kabul Airport was not preventable.

“All those Marines who were there will tell you that they felt scared,” Shana Chappell said to Washington Post, adding, “they were surrounded by the freaking Taliban. They were out in the wide open, and they were sitting ducks.”

Meanwhile, Mark Schmitz, one members of the victims families said that he saw “major conflicting reports” in the investigation and asked the military to turn over metal fragments found in his son so he could have them privately analyzed.

Some Western media outlets citing some members of the United States Marine Corps reported that after explosion outside the Kabul airport they were targeted by gunfire.

On the other hand, Washington Post citing Marine Col. C.J. Douglas, who investigated the case said that there is “no proof that any U.S. or Afghan person was injured or killed by gunfire.”

It is mentionable that on August 26 two suicide attacks took place outside the Kabul airport and as a result 200 people including 13 US service members killed.

We are reluctant to recognize the Taliban’s government: Norwegian foreign minister