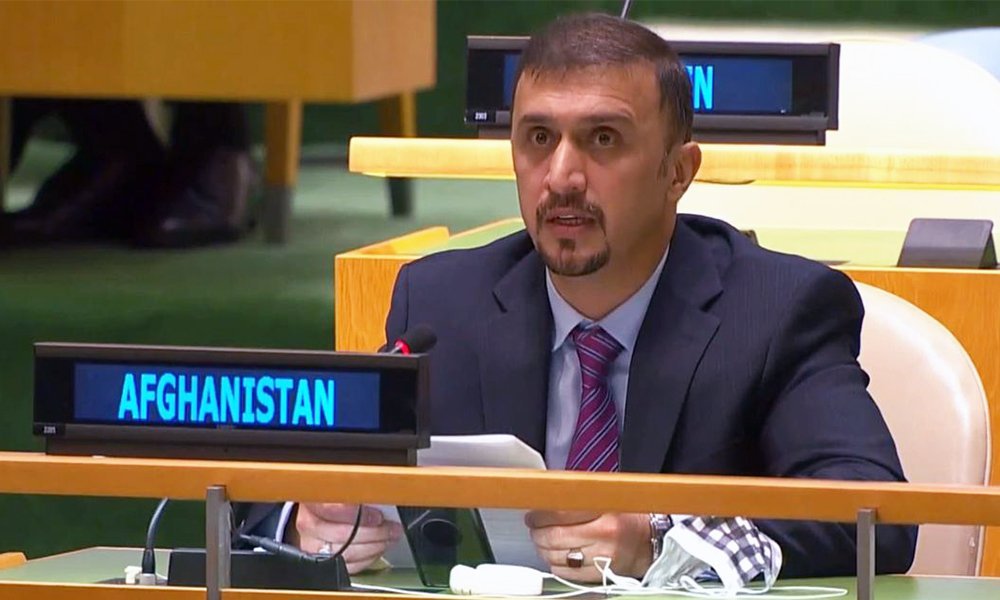 Charge d’Affaires of Afghansitan Permanent Mission to the UN, Naseer Ahmad Faiq, tweeted that he is committed to the people of Afghansitan and trys for obtaining their rights. He added that he does not represent Ghani or its corrupt cabinet and not to legitimize Taliban’s government.

He tweeted that Ghani and his corrupt cabinet stabbed people in the back under the name of republic, and they stole international assistance which were for Afghans which led to the poverty of half of Afghansitan’s population.