The Taliban takeover equals to death of freedom of expression, journalists in exile say 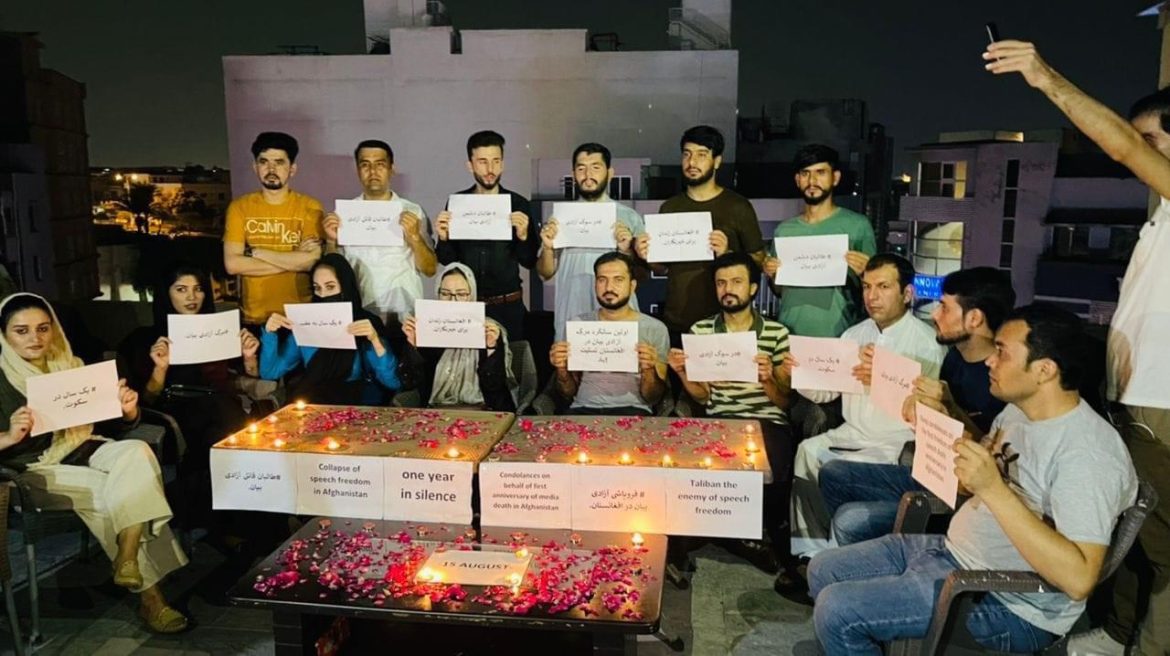 A number of journalists who left the country and went to Pakistan after the domination of Taliban lightened some candles in a gathering a year after the Taliban takeover.

They who were gathered in Islamabad urged the international community to address the situation in Afghanistan, especially the situation of the media and freedom of expression.

They believe that international community has forgotten Afghanistan after the Russia-Ukraine conflict and does not pay attention to people of Afghanistan.

They also added that they are living in a despicable situation, and called on media supporter organizations and countries to support media and address their problems.

Analysts believe that media and freedom of expression have suffered damages more than other issues after Taliban’s domination back in mid-August 2021.

US to provide $150 million to empower women in Afghanistan