Terrorism in Africa – Narrated by Reporters of Aamaj News 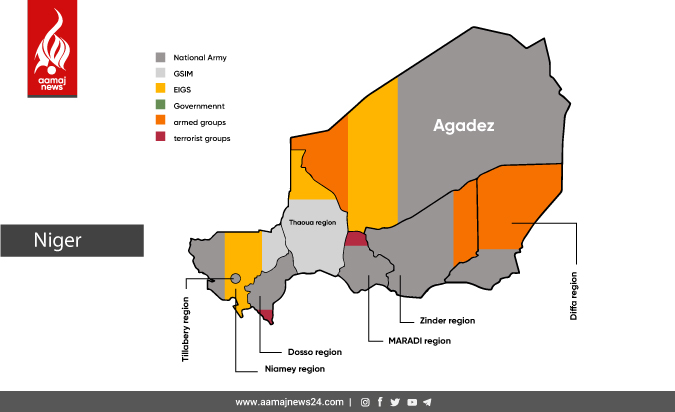 In this investigative report we intend to have a glance at the situation in Burkina Faso, Mali and Nigeria three neighboring countries in this continent.

It has been more than six months since the coup d’etat in this country. Yet, it seems the threat of terrorism is in its place. In most recent case, terrorists killed 55 civilians in Sino village on June 28, 2022.

But it is not the only case of terrorism. It has been years that terrorist groups as al-Qaeda and ISIS are active in Burkina Faso.

ISIS and al-Qaeda control the major part of the country. The reason of the terrorists success is not only their Islamic ideology, but also drug, gun and human trafficking as well as usurpation of land have their role. Additionally, terrorists consider these things as their financial resources, and sometimes have clashes over them.

On the other hand, with the growth of radicalism, the terrorists have created a network that threatens other countries, too. Right now, their network is in Burkina Faso, Nigeria, Mali and Chad. The network threatens the future of Africa as well.

Mali has the situation similar to Burkina Faso. The military government that has the slogan, “fight against terrorism”, cannot control the terrorists. Recently, terrorists killed 132 civilians in this country which has activated the alarm in this country.

As Burkina Faso, the Islamists control a wider area in this country. ISIS and al-Qaeda are two terrorists organizations at the top with lots of militants.

The radicalism has grown in this country since 2012. Different groups including separatists have emerged from this country.

The people tired of war and corruption welcomed the coup d’etat by military two years ago, but it seems that they have to go a long way to reach peace and tranquility. The threat of terrorism has remained in its place, and a widespread poverty threatens the stability in this country.

Although Niger is experiencing a rather different situation and has a non-military government, but radicalism in Africa threatens this country, too.

Considering the situation in these three countries, it seems if the international community does not address the situation there, in the future it will be a big threat to the world.