Removal of the the Balkh University’s name in Persian is according to AFG’s constitution: Ministry of higher education of Taliban 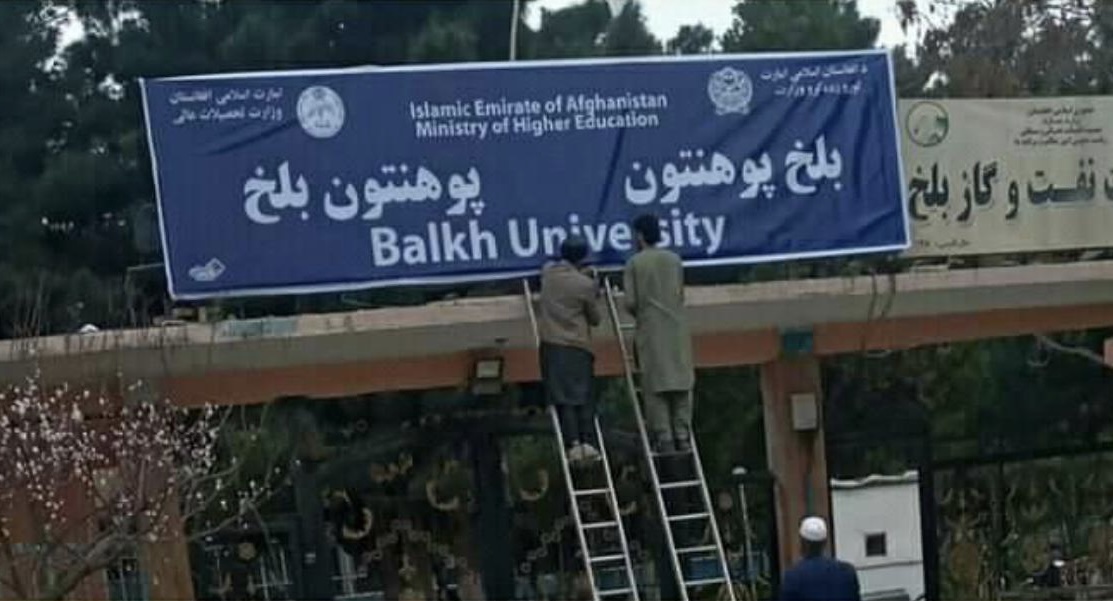 Ministry of higher education of Taliban releasing a statement said that Balkh University is registered as “پوهنتون بلخ” in this ministry.

The ministry confirmed that the name of Balkh University in Persian has been changed to “پوهنتون بلخ” according to Afghanistan’s constitution.

The statement stated that officials of Balkh University have changed the sign of this university, which is not against the Afghanistan’s constitution.

The statement added that some ‘spiteful’ people have spread the propaganda that a number of people have demonstrated against the decision and have been suppressed by Taliban.

Taliban have cancelled a number of former goverment’s laws and regulations after their domination.

In recent days, an image of Balkh University’s sign went viral on social media that Taliban have changed the former sign in which the university’s name was written in both Persian and Pashto, but in new one in Persian version a Pashto word “پوهنتون” has been used.

This act of Taliban elicited the reactions of civil activists, journalists, and social media users.