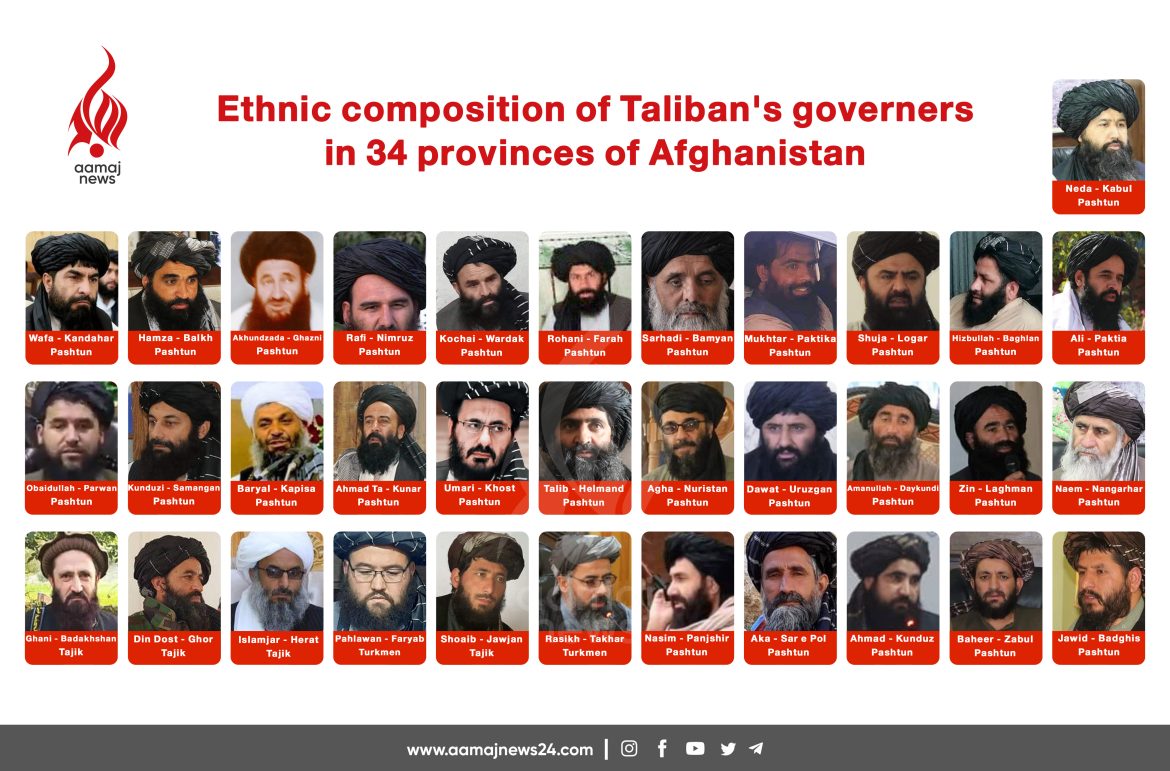 Taliban assumed the power back in mid-August 2021, and it has been eleven months of their domination. Have the Taliban had any achievement regarding forming an inclusive government? Will they be successful to gain internal and international legitimacy? And will there be any bright future ahead?

This report discusses different political and social aspects of the Taliban government in past eleven months.

The continuation of the legitimacy intricate

The biggest difficulty of the Taliban’s government in past eleven months has been the issue of internal and international legitimacy. Yet, no foreign countries and organizations have recognized them. Gradually, they are losing their acceptancy among their supporters in Afghanistan as well. The activities of anti-Taliban fronts, their own internal problems and ethnic problems in Afghanistan are the challenges that the Taliban government is facing.

The Taliban held a gathering ten months after their domination, it was just an attempt to gain legitimacy. Since the Taliban do not believe in will of the citizens, and apparently derive their legitimacy from religion, their move could strengthen their legitimacy among religious spectrum. But the internal and international reactions regarding the decision showed that people of Afghanistan are not satisfied with their act, and consider it as an attempt to gain legitimacy abusing the religion.

While the Taliban from the very first day have tried to isolate non-Pashtun figures in their government, but the neighboring countries and the world have always emphasized on formation of an inclusive government.

In past eleven months Taliban have been facing internal problems as well. Despite the intensification of the resistance in Panjshir, Andarab and some other provinces as Sar-e-Pul; some of their commanders are not satisfied with them as well. Mawlawi Mahdi, the only Hazara commander of them are preparing to fight against them. He deserted the Taliban, because of lack of attention to Hazaras, and now he is preparing in Balkhab mountains to fight against the Taliban. The most recent picture of him shows that he is with Taher Zahir, former governor of Bamyan and some of his comrades.

This way the Taliban showed that unlike their claims, they are not able to have sovereignty across the country. Armed thievery, extortion and mysterious killings are going on across the country every day, which show that they have failed to ensure security as well.

Their only struggle for unity was the formation of a commission that invites some notorious figures. The commission has been able to invite Aman Ghalib, former head of Breshna Sherkat, Farooq Wardak, former minister of the state on parliamentary issues, Dawlat Wazeri, former spokesman of the defense ministry, Amin Arsalan, former finance minister, Nezamuddin Qaisari, a former public uprising commander and Kamal Naser Osuli, former member of the parliament.

But they have not been able to gain internal and international legitimacy by this measure.

Although the Taliban are trying to establish a positive relation with the world, but their behavior towards internal issues engendered concerns in international level. Yet, eleven months after Taliban’s domination, the concerns of the world regarding Afghanistan to become a safe haven of terrorists, and violation of human rights by Taliban have remained in its place.

The leader of the National Resistance Front of Afghanistan (NRF), Ahmad Massoud, in an interview with BBC once again warned the world and neighboring countries in particular that religious terrorism is growing in Afghanistan.

The rise of IS-K [associated with the ISIS] is one of the concerns of the world and Afghanistan’s neighboring countries, so far Taliban have not been able to control this militant group. Nowadays, IS-K claims the responsibility for some attacks which take place inside this country. A few days ago the flag of this group found near the attackers who targeted Loya Jirga salon. In accordance with reports, in some areas in Afghanistan the Taliban fighters who are not satisfied with their government and former security forces that feel they are not secure under the Taliban, have been recruited by IS-K.

Human Rights Watch in a report warned that Taliban summarily have tortured and killed a number of alleged members and supporters of IS-K. According to the report the residents of Kunar and Nangarhar have discovered more than 100 dead bodies of the people that Taliban have killed them accusing of affiliation with the IS-K.

The US and European countries have not declared their decision regarding the government of Taliban, it seems that it has evolved into a dilemma. After the regime change in Pakistan, the Taliban have lost their lobbies for their recognition too.

Apparently, the only serious supporter of Taliban is China that in past 11 months has always been with them. The meeting between Chinese and Russian representatives have strengthened the speculation that they are looking for a regional coalition to recognize the Taliban.

But the leader of NRF, Ahmad Massoud, in his interview with BBC said the non-recognition of Taliban’s government is the achievement of NRF, and expressing his gratitude to the world warned that terrorism is promoting inside the government of Taliban.

The supreme leader of Taliban, Mullah Hibatullah Akhundzada, in an audio message which is thought to his own message at the Ulema gathering in Kabul said that they are not going to engage with the foreign countries, and they will always fight against the countries which support infidels.

Taliban and summary killing of civilians

Human Rights Watch has always expressed its concern regarding the summary killing of civilians in Panjshir, Andarab and other places by the Taliban, although the Taliban officials have repeatedly rejected the claims. But according to some reports, Taliban have tortured and killed some civilians accusing of affiliation with the NRF and their Tajik ethnicity.

In past month, few clerics killed mysteriously, one of them is a person close to Taliban named Mawlawi Abdul Qudos who talked against the policy of Taliban, and the other one was head of Salafi Ulema, Sardar Wali Saqib killed. Local sources say that Taliban kill the Ulema who oppose them.

The deplorable situation of economy under the Taliban rule

Poverty, unemployment and weak economy are the series crises of Taliban’s government. People are trying to feed their families to survive eleven months after the Taliban domination. The level of poverty and unemployment have raised unprecedentedly, and the majority of people are jobless. The weak economic circle has caused insecurity across the country. The paralysis of export and import system has reveal the weakness of the Taliban, and the people’s life situation is worsening day by day.

The continuation of lingual, racial and religious discrimination

The Taliban behavior in past eleven months has always been based on their racial and regional interests. Now, the problem is worsening, even the internal Pashtun conflict has raged.

The survey by Aamaj News reveals that the majority of the Taliban officials are Pashtuns, and non-Pashtuns do not have any place in their government. Taliban have always tried to unarm non-Pashtun commanders and isolate them.

Oppression, torture, summary killing under the name of ethnicity and religion are going on in Afghanistan. Killing the civilians in Balkhab after clashing with Mawlawi Mahdi shows that Taliban do not believe in civil rights of the humans. There is no other prominent figure from other ethnicity so that the fighters do not feel they are away of discrimination.

Dismissal of Mawlawi Mahdi, the only Hazara commander of Taliban, putting Makhdom Alem one of their famous Uzbek commanders in prison and then unarming him, and firing of Qari Salahuddin Ayubi and Atauallah Omari, two other famous Uzbek commanders in north of Afghanistan, from their jobs in military corps and appointing them to other positions in Kabul show that Taliban are behaving based on ethnicity.

On the other hand, arresting and torturing the civilians in Panjshir accusing them of affiliation with the National Resistance Front of Afghanistan have doubled in recent days. According to the information that leaked to Aamaj News the Taliban check the phones of Panjshiris on the highways, and if they find the phone number of the NRF forces and their relative then torture them.

On the other hand the Taliban associates in Balkh, Badakhshan and Takhar harass non-Pashtuns, and has made the life difficult for them.

Rights of women, civil activists and media under the Taliban government

In past eleven months Taliban treated the media, women and civil rights activists with hostility. They showed that they do not believe in women’s rights. Unlike their first days of domination, they have added to the number of restrictions on women. Yet, the schools for girls are closed in lots of cities. Female presenters cover their faces while presenting the programs and women are not allowed to travel alone inside and outside the country.

Taliban did not gave the quota of women in their Ulema gathering in Kabul. Even some senior officials of Taliban believe that because men are the sons of the women, they can represent them.

As a result the government of Taliban has not been successful in past eleven months. Yet, the very basic rights of the citizens are not ensured, and they failed to gain legitimacy for their government. Taliban referring to the radical interpretation of the religion do not respect the rights of women, civil activists, media activists and their religious opponents.

The Taliban fighters treat people in a bad way, yet oppression, poverty, torture and injustice are going on in Afghanistan.

Analysts believe that Taliban will not be able to run the country in this course for years. In one hand failure to governance, and on the other hand the unknown future of transition of power are the dark points of Taliban’s rule.