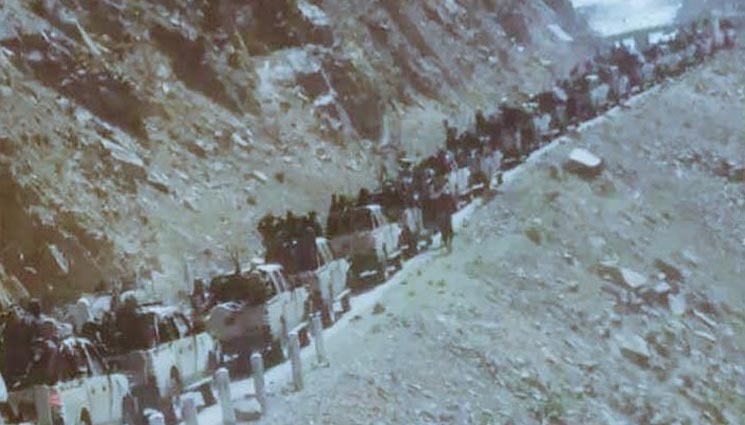 As the fighting has intensified between Taliban and the National Resistance Front of Afghanistan (NRF) forces in Panjshir, Andarab, Takhar and some other provinces, the national resistance council for salvation of Afghanistan in a statement announced that Taliban have deployed 30,000 of their fighters in Panjshir and Baghlan.

The statement which was released yesterday by the council, added that Taliban have resorted to suppression against their opponents concerning that public uprising becomes an issue for all.

“Despite their local forces in Panjshir, Andarab, Baghlan and Warsaj in Takhar, Taliban have deployed their special forces to suppress the people. They have deployed about 30,000 of their fighters in villages and different areas in Panjshir as well as in Andarab, Khost and Farang in Baghlan,” the statement added.

The national resistance council for salvation of Afghanistan emphasized that Taliban fighters have committed war crimes, and in Abdullah Khel and Tund Khui villages of Dara district in Panjshir have displaced more than 50 families.

The statement added that Taliban arrested 11 of former fighters accusing them of preparing for resistance and killed 9 of them in front of people in Ragh district of Badakhshan, and transferred two of them in center of the province and toured them untill they died.

The resistance council for salvation of Afghanistan stated that 38 civilians killed and dozens of others wounded as a result of Taliban forces attacks in past two months.

According to the council, former deputy of Independent Electoral Complaints Commission (IECC), Mawlawi Din Mohammad Azimi, is still in Taliban’s custody, and his situation is worst.

The statement also claimed that Taliban did not allow special rapporteur of the UN, Richard Bennett, to go to Panjshir and Andarab to investigate the violation of human and war crimes there.

The national resistance council for salvation of Afghanistan, urged the international community, the United Nations, Human Rights Commission, Amnesty International and other rights defenders to denounce the war crimes of Taliban, and put pressure on them to provide the opportunity for an investigation.

It is mentionable that skirmishes between Taliban and their opponents have intensified in different areas, particularly in north as summer has arrived.

Afghan-Indian relations would not be influenced by other countries’ inter-rivalry: Stanekzai