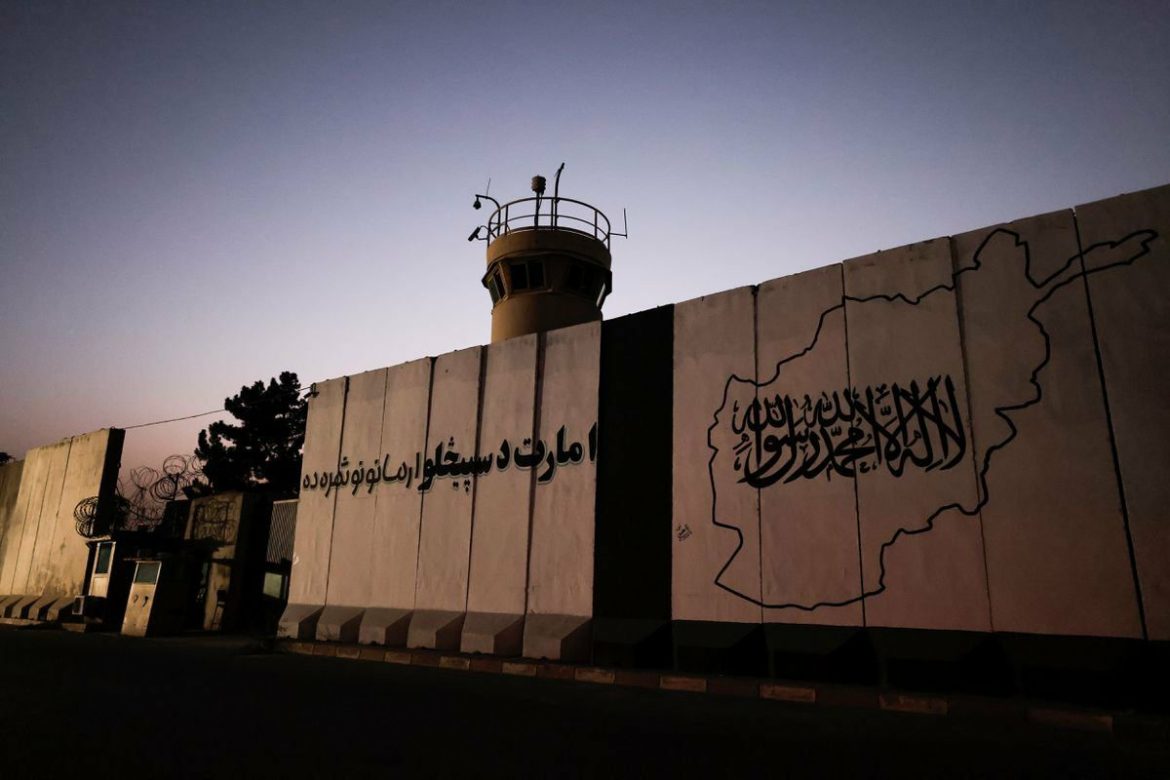 Taliban assumed the power back in mid-August 2021, as former runaway president of Afghanistan, Ashraf Ghani, fled the country, now it has been a year since Taliban’s domination. But do the Taliban have any achievement for establishing an inclusive government? Have they been successful to gain internal and international legitimacy? And at last, can we expect a bright future under the rule of Taliban?

This report evaluates different aspects of Taliban’s rule within a year of their domination in the field of politics, economy and society.

A year of rule without legitimacy:

The killing of Al Zawahiri, the leader of al-Qaeda in Kabul under the rule of Taliban, has challenged the process of their recognition by the countries around the world. The news comes as the Taliban are gradually losing their reputation among people in Afghanistan, even among their own supporters. The spread of activities of anti-Taliban fronts, their own internal and ethnic conflicts are the biggest hardships that their government is facing.

Holding a pro-Taliban Ulema gathering in Loya Jirga hall was their only attempt for gaining legitimacy. Since the Taliban do not believe in will of citizens, and gain their legitimacy from religion, this move has strengthened their legitimacy among religious groups that support them, but two months after this gathering, it seems that the act has not had any impact on their internal and international legitimacy. The majority of people considered that gathering as Taliban were abusing religion. The majority of people in different interviews with media outlets have expressed that they are not satisfied with the Taliban rule.

Within this year, the Taliban have faced serious internal problems for their legitimacy. Despite the intensification of resistance in some provinces as Panjshir, Andarab, Baghlan, Kapisa, Takhar, Samangan, Sar-e-Pul and some other provinces, some of their famous commanders are not satisfied with them.

As a result of their internal conflict the only Hazara commander of them named, Mawlawi Mahdi, left the group and fought against them, because the Taliban did not pay attention to Hazara Shiites. Now, he is preparing himself to fight against the Taliban in Balkhab mountains.

The Taliban disarmed or appointed to ceremonial posts some of famous Uzbek commanders as Qari Slahuddin Omari, Makhdom Alem and Mawlawi Attaullah. Additionally, they fired Abdul Hamid Khurasanni, security chief of Panjshir. All these acts show the Taliban ethnic approach towards non-Pashtuns.

This way, in past year the Taliban showed that they are not able to ensure a nationwide government. The reports regarding the robbery, extortion and mysterious killings all across the country show that the Taliban are not able to provide the security.

Their opponent groups are strengthening themselves, and the attacks of the National Resistance Front forces led by Ahmad Massoud have increased. Recently, Massoud said that around 3000 NRF forces are fighting against the Taliban. Additionally, other fronts as Freedom Front, Freedom Corps and some others are increasing their activities against the Taliban.

The Taliban only struggle was establishing a commission which is under the criticizing of people because of inviting notorious figures. This commission has been successful to invite Amanullah Ghalib, former head of Breshna Sherkat (the power utility company), Farooq Wardak, former minister of education, Dawlat Waziri, former spokesman of defense ministry, Amin Arsalan, former finance minister, Nezamuddin Qaisari, one of local Uzbek commanders and Kamal Naser Osuli, former member of the parliament.

But they have not been able to gain internal and international legitimacy by taking this measure.

Taliban and their weak relations with the world:

Taliban have not been able to establish positive relations with the world in past one year. In this one year, they repeatedly sparked conflicts with the border police of Iran, and displayed their bad intention towards Central Asian countries, in particular Tajikistan. The Taliban raw behavior towards internal issues has prompted foreign and international concerns. The concerns of the world regarding Afghanistan to become a safe haven of international terrorists, and do not considering the human rights law by the Taliban has remained in their place. After the killing of Al Zawahiri, leader of al-Qaeda the concerns have doubled and the trust of the world especially the ones of Western countries towards the Taliban has depleted.

Ahmad Massoud, the leader of the National Resistance Front of Afghanistan (NRF) in his first interview with BBC after the formation of the front warned the neighboring countries and the world of the growth of religious terrorism inside the country.

The growth of IS-K inside Afghanistan is one of the main concerns of the neighboring countries and the world.

Additionally, the Taliban ban on evacuation of former employees of foreign offices, abduction of FP’s journalist and claims of international organizations over the torture of people by Taliban in some areas have damaged the Taliban reputation.

The recognition of Taliban by the US and its allies that were in Afghanistan for past 20 years to fight against this group is not something easy. Actually, it seems that they have not seriously taken a decision regarding that issue a year after their domination. They are still in doubt and ambiguity. After the regime change in Pakistan, there is no other voice to call for Taliban’s recognition. It seems that the Taliban have lost their biggest international supporter, Imran Khan.

The China-Russia meetings on Afghanistan had strengthened the speculation regarding the formation of a coalition to recognize the Taliban, yet there is no result.

In most recent case, the Tashkent summit on Afghanistan with the presence of Taliban’s delegation was kind of a hope for Taliban’s recognition by neighboring countries. Taliban declared the meeting as their biggest achievement and claimed that countries around the world treated them like a recognized government, then the European political representatives rejected their claims.

The National Resistance Front of Afghanistan (NRF) has announced the non-recognition of Taliban as its achievement and repeatedly thanked the world for this act.

The Taliban supreme leader, Hibatullah Akhundzada, in its speech at Loya Jirga hall said that there will be no engagement with foreign countries, and they will fight against the countries which support “infidels.”

On the other hand, arresting and torturing of Panjshiris accusing of cooperation with the National Resistance Front have increased in recent months. According to the report of Aamaj News the Taliban search the phones of Panjshiris on highways, and torture the people if they find the numbers of members of NRF or they are the members of Panjshiris groups on social media.

Additionally, the Taliban affiliates in Balkh, Badakhshan and Takhar harass the people, and interrupt their daily life.

The pitiful condition of women, civil and media activists:

On their first rule, Taliban were strictly against the music, TV, movies and other issues. On their first days of their domination last summer, they did not pay attention to these issues, but by the passage of time they began to be stricter. Their behavior towards women, the media, civil activists and different groups become stricter and more aggressive.

Within a year the Taliban behavior towards women, civil activists, media and journalists was vindictive. Taliban showed that they do not believe in women’s rights. Unlike their first days of domination, they have started to impose new restrictions against women. Still the girls’ schools are closed in majority of provinces. Female presenters cover their faces while presenting the programs, and the women cannot travel without their male guardians (Mahram).

Taliban did not give a part to women in their Ulema gathering. Even some of the Taliban officials claimed that since the men are the sons of women, they would represent them. As a result, the Taliban have not been able to provide the basic rights of citizens in a year of their domination, and gain legitimacy. This group referring to radical interpretation of religion does not recognize the rights of women, civil and media activists as well as political opponents.

Although some of the citizens are satisfied with the relative security, but the Taliban fighters behave towards people with aggression. Still poverty, oppression, torture and injustice are in their places in all cities.

To sum up, a year of Taliban’s domination showed that they are not able to control the country, and they are weak in governing. Taliban that always said of good ways of governance, but yet they have not been able to manage the economic, political and social situations. Additionally, it seems that citizens are not satisfied with the Taliban government.

Jamshid Wakili was born in 1993. He has a bachelor's degree in Persian language and literature from Kabul, and got his master's degree from Anadolu University of Turkey. Mr. Wakili used to work with a Turkish news agency (IHA), but now works as a reporter in Aamaj News Agency.