The policy of government is that all Afghans including minorites live in peace and prosperity: Deputy of Taliban’s PM to Sikhs 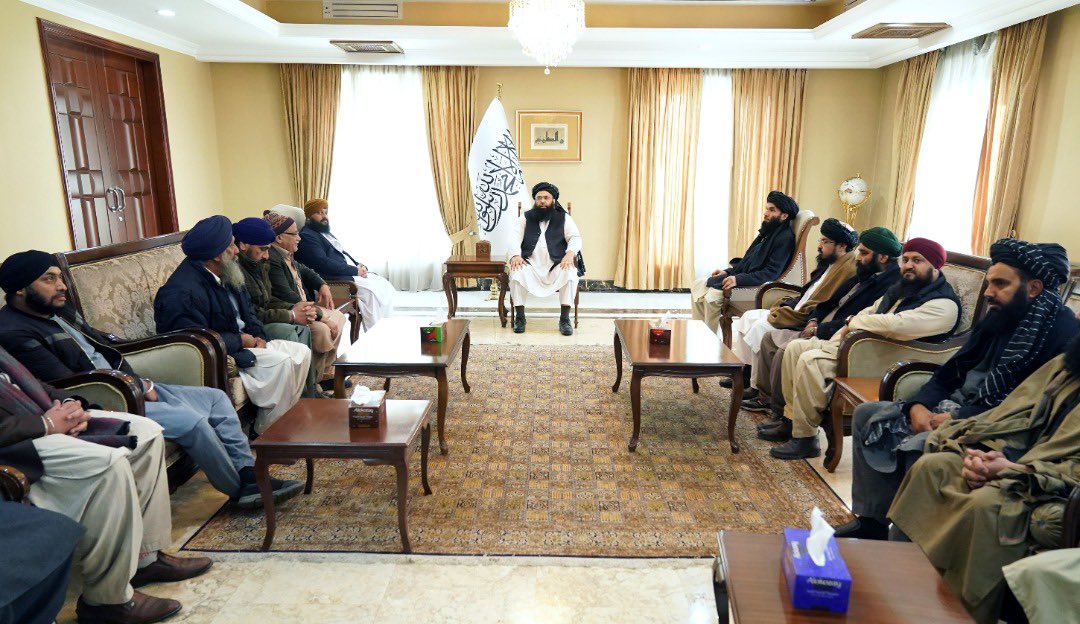 Leaders of the council of Hindus and Sikhs said that they want to stay in Afghanistan and play their role to Afghansitan’s development.

They also demanded efforts for the return of “usurped land” of Hindus and Sikhs.

Mawlawi Abdul Kabir said that Taliban’s government has provided the security, and the policy of the government is that all Afghans including minorites live in peace and prosperity.

Mawlawi Abdul Kabir added that it is the right of every Afghan citizen to live in peace, and build the country.

Putin: “Insulting Prophet Muhammad does not count as the expression of artistic freedom”