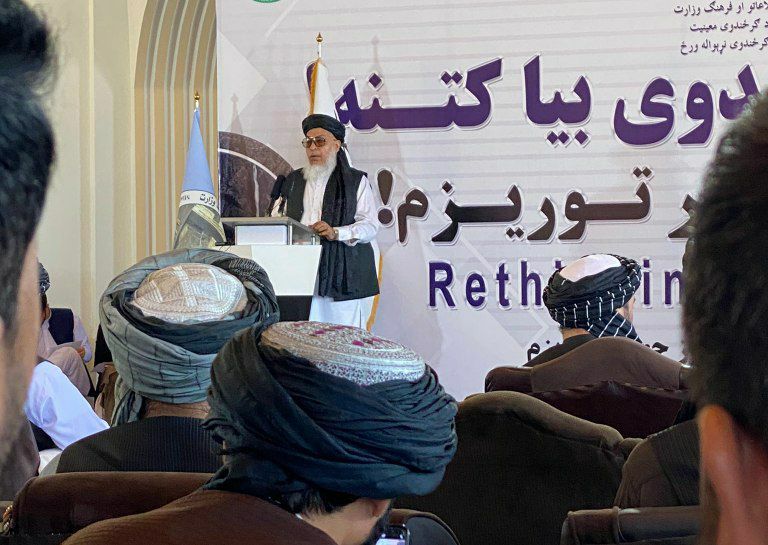 Sher Mohammad Abbas Stanikzai, the Taliban deputy foreign minister called on the Taliban leaders to offer a religious reason regarding the continuation of closure of girls’ schools.

Mr. Stanikzai speaking at an event due of international tourism day said that gaining knowledge is obligatory for men and women in Islam, and the ones who reject the issue must offer their religious reason.

He called the responsiblity of Taliban to provide men and women with the opportunity to gain knowledge in Afghanistan.

“The world target us with the rockets, but we cannot hit them, because our schools are banned. The world is not afraid of our turban and vest, rather they are afraid of rockets,” he said.

He referring to the speech of Shehbaz Sharif, prime minister of Pakistan at the UN said that Pakistan must not play with the reputation of Afghans to attract aids.

Stanikzai added that the US drones carry out strikes inside Afghanistan using the soil of Pakistan, and the country obtained millions of dollars this way.