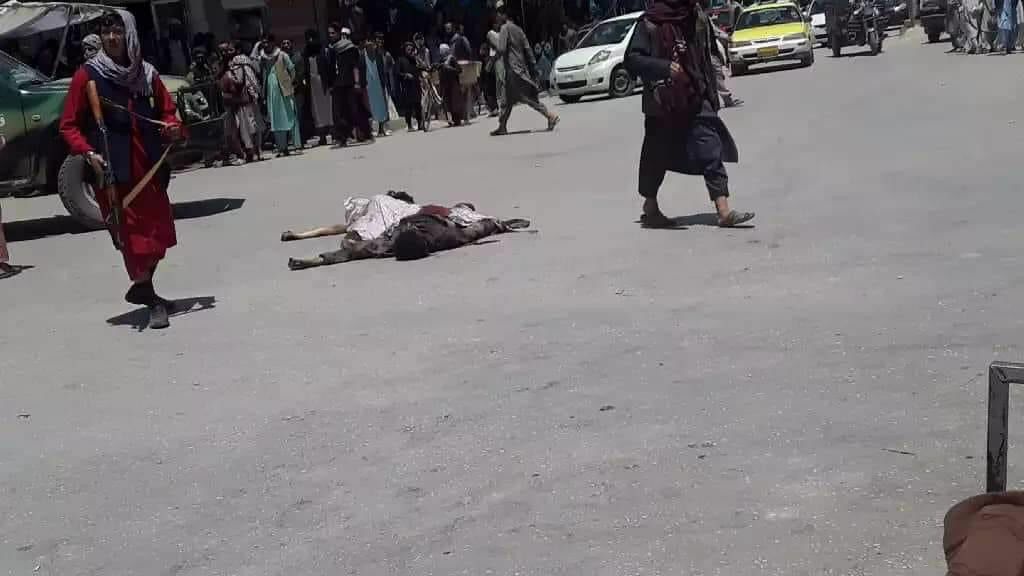 Local sources in Samangan said that Taliban displayed the dead bodies of two of their fighters under the name of IS-K fighters who were killed in their internal conflict.

The news comes as the Taliban forces clashed with each other in Kart-e-Mujahid, Aybak city, Samangan, as a result 4 Taliban fighters killed and 6 others wounded the sources said.

The clash took place between Pashtun Kunduzi Taliban and Tajik Samangani ones.

They added that the Pashtun Taliban put the dead bodies of Tajik ones under the name of IS-K fighters on the crossroads.

Taliban have not reacted yet.