Explicit racial discrimination under the Taliban flag: How will fascism last? 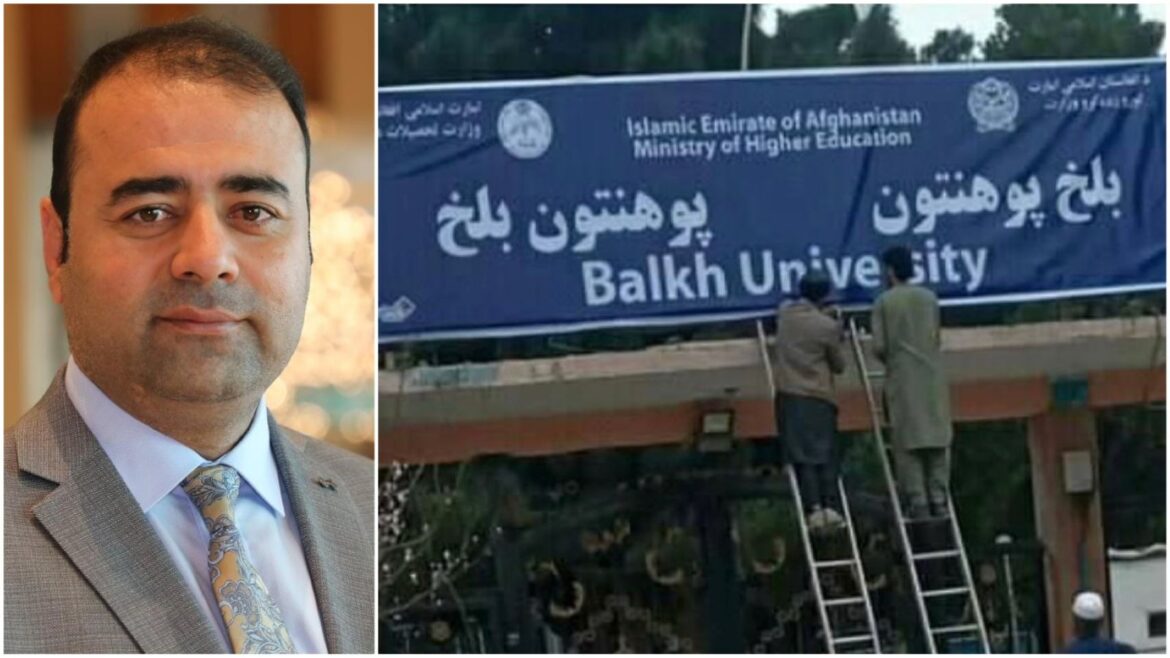 Fourteen years ago, the late Basir Babi, a reporter for Balkh National Television at the time, was fined by minister of information and culture back then, Karim Khoram, for using three words in his mother tongue. The words were ‘university, college, and pupil’–in Persian.

I remember clearly that a group of Balkh University students, in coordination with each other installed a university signboard in Persian next to the other one which was written in Pashto, and because of this police beat about 400 students. Even one of our talented fellows lost his life, because he was severely tortured by police.

Lastly, with all pressure that time, the university signboard was installed in Persian, English and Pashto. The same controversy did take place in Herat University and it did not have a signboard untill fall of “republic.”

It means that They want to destroy the self-confidence of other citizens and, more explicitly, they want to be our lords by dominating Afghanism and facism as well as dividing the ethic groups and languages in all provinces of the country.

But according to Ferdowsi the Great, this tall Persian palace will not be shaken by this wind and rain, and once again they will be judged by history.

The flower will bloom and spring of freedom will come!

Nations must act now to stop Russia before it is “too late”: Zelenskyy

‘Taliban’s father’ to ‘Taliban Khan’: “Your fate would be worse than that of Ashraf Ghani”