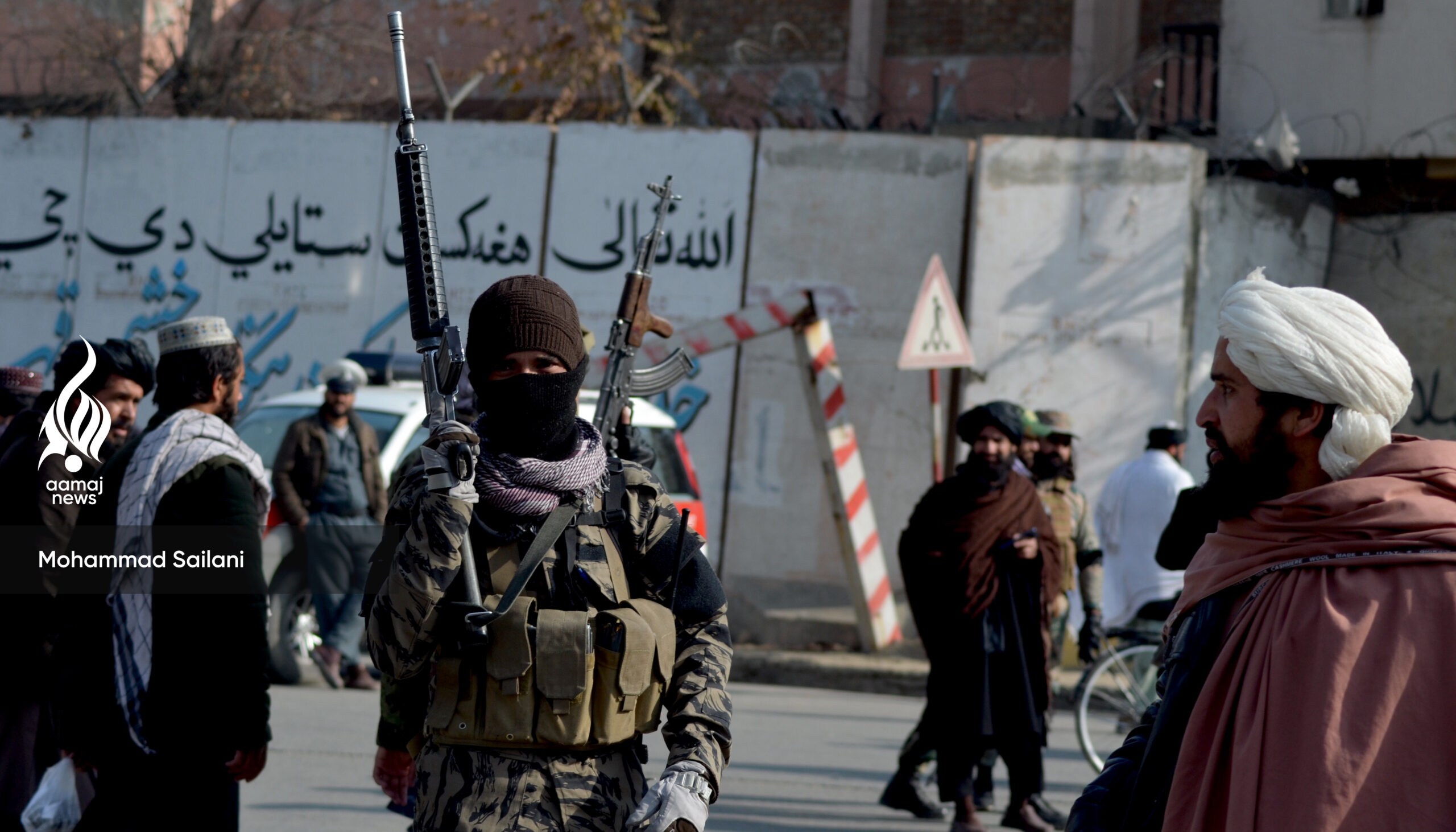 A number of people from Kabul and other provinces told Aamaj News that Taliban are not aware of international and national laws. They violate others’ privacy, which contradicts human rights law and Islamic principles. Taliban must respect privacy of people.

“On Friday, while I was returning to the city from Qarabagh, in a checkpoint one of Taliban’s fighters asked the driver that where is he from? The driver answered “Charikar” then he said park aside the car and get out of it with all passengers,” one of residents of Kabul said.

He believes that violating the privacy of citizens is against the principles of Islam. “The Taliban fighters who were at the checkpoint told me to give them my phone, and give its password. I addressed him saying that dear Qari– a term which is used to address Taliban fighters– it is against the law to check my phone. He told that I must be quiet, then he browsed all my personal files as well as my WhatsApp and Facebook account. After seeing the pictures of my friends said that I must help them and give information about my friends. I had to stay there until they finished checking my phone, after seeing all messages and my personal photos, they let us go,” he added.

Meanwhile some people from other provinces as Balkh, Herat, Badakhshan, and Panjshir said to Aamaj News that Taliban in some checkpoints check phones of citizens and if they find massages that are against them, they start to torture people.

In most recent event Taliban arrested Shah Poor Farahmand an anchor in a private TV, then released him, after two hours of inquiry and checking his phone.

Shah Poor tweeted that Taliban fighters called his family and lied that he had a bad accident.

People in the know say that no one including the Taliban fighters is allowed to violate others’ privacy.

Ahmad Bilal is lawyer, he said to Aamaj News that according to law no one is allowed to check phones of citizens. He said that no one including Taliban fighters is permitted to violate citizens’ privacy. Phones are related to privacy of people, and people can stand against this act. Taliban fighters need the support of citizens, but on the contrary they are facing people’s opposition.

He also added that Taliban must appoint professional staff with uniform who treat people in a nice way so that they can prevent the collapse of their government.

The news comes as Taliban officials have repeatedly said that checking phones of citizens are against the law, and promised to prevent that issue, but Afghans say they have failed.

After four months of Taliban’s domination, they have not been able to introduce a specific uniform to their fighters which led to criticism of citizens.

“Tell people of Panjshir that we will arrest murderers”: Sirajuddin Haqqani to Abdul Hamid Khorasani