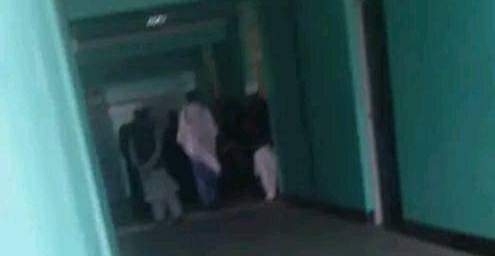 Sources told Aamaj News that it has been several days that Taliban fighters enter the dormitory of female college students and harass them on the pretext that they observe the dormitory situation.

The sources sending some pictures of inside of the dormitory said that a number of Taliban fighters entering the dormitory harass female students on the pretext that they observe the dormitory.

On the other hand, a number of families of the students criticize this act of Taliban saying that Taliban do not have the right to enter the dormitory whenever they want and inquest the students.

Before that some reports were out that Taliban had arrested more than 30 girls, because they had left the dormitory without permission.

A number of the students told Aamaj News that what can be the motive of Taliban to prioritize the burqa in a situation that the country is facing economic crisis, poverty, unemployment, insecurity, and bloody skirmishes?

Taliban local authorities in Takhar have not reacted so far.