Tajikistan expresses concern about activities of terrorist groups in Afg 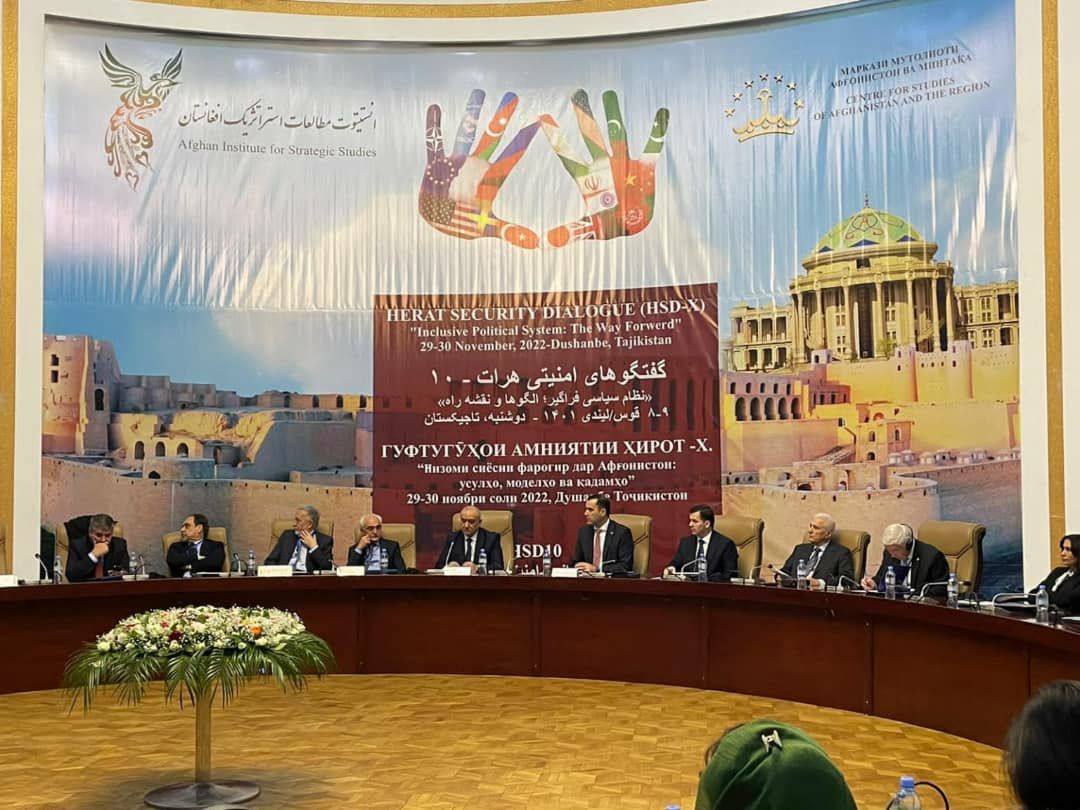 This morning the tenth session of Herat Security Dialogue [HSD] commenced in Dushanbe, capital of Tajikistan.

Farhad Salim, Deputy Minister of Foreign Affairs of Tajikistan, said at the beginning of the meeting that the activities of terrorist groups, including Al-Qaeda and ISIS, have increased in Afghanistan.

He added that the production and trafficking of drugs has also increased in Afghanistan.

Salim noted that his country wants the establishment of an inclusive and responsive government in Afghanistan.

The theme of the two-day Herat Security Dialogue in Tajikistan is ” Inclusive Political System: The Way Forward.”

US Charge’d Affairs heads to Tajikistan to participate in HSD