Afghan-Indian relations would not be influenced by other countries’ inter-rivalry: Stanekzai 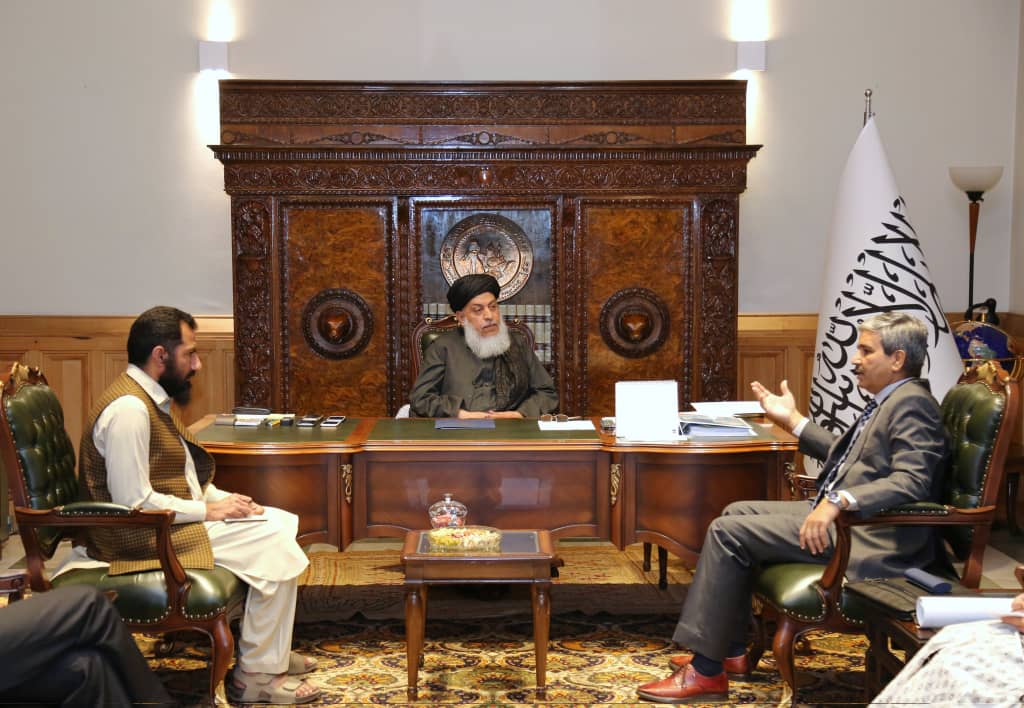 The Taliban foreign ministry spokesman, Abdul Qahar Balkhi, in a series of tweets informed that the meeting took place.

“Welcoming the Indian delegation to Kabul, DFM Stanekzai thanked the Indian government for its humanitarian aid and assured the Indian side that Afghanistan, considering its balanced foreign policy, seeks enhanced political, economic and cultural relations with India as an important regional country,” Balkhi tweeted.

Stanekzai stated that Afghan-Indian relations would move forward based on mutual respect and joint bilateral legitimate interests, and would not be influenced by other countries’ inter-rivalry.

Indian delegation called ties between the two countries historic, and added that India wants to assist in line with Afghanistan’s priorities with infrastructural and small projects, capacity building, educational scholarships and humanitarian aid.

Balkhi added that the Indian delegation assured Stanekzai of India’s non-intervention policy towards Afghanistan and that it would not interfere in Afghanistan’s domestic affairs.

Taliban arrest a former officer accusing of affiliation with NRF