A journalist of Al Jazeera shot dead by Israeli forces 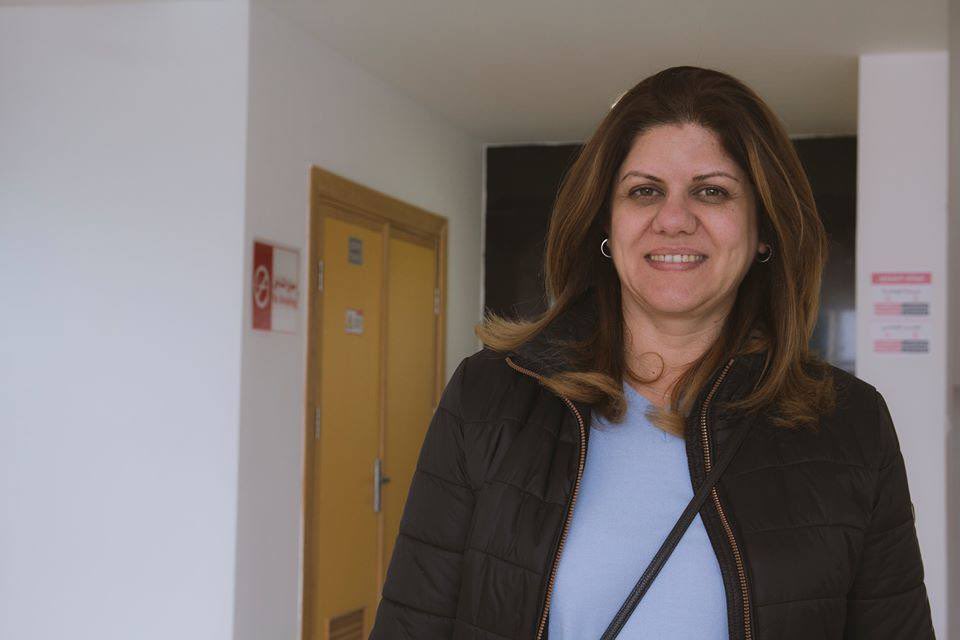 Al Jazeera reported that one of its journalists named, Shireen Abu Akleh, shot dead by Israeli forces in the West Bank.

“Israeli forces shot Shireen Abu Akleh in the head while she was on assignment in Jenin in the occupied West Bank,” Al Jazeera added.

Health ministry of Palestine said that another Al Jazeera journalist, Ali Samoudi, also shot by a live bullet in the back by Israeli forces.

Simply wanna input that you have a very decent web site, I like the design it really stands out.

Very good written story. It will be supportive to anybody who utilizes it, as well as myself. Keep up the good work – looking forward to more posts.

I am really loving the theme/design of your site. Do you ever run into any web browser compatibility issues? A handful of my blog audience have complained about my site not working correctly in Explorer but looks great in Chrome. Do you have any solutions to help fix this problem?

I wanted to thank you for this great read!! I definitely enjoying every little bit of it I have you bookmarked to check out new stuff you post…

Well I truly liked reading it. This information offered by you is very practical for proper planning.

Wow! This can be one particular of the most beneficial blogs We have ever arrive across on this subject. Actually Magnificent. I am also a specialist in this topic therefore I can understand your hard work.

hey there and thank you in your information – I’ve certainly picked up something new from right here. I did then again expertise some technical issues the use of this site, as I skilled to reload the web site lots of occasions previous to I may just get it to load properly. I have been pondering in case your web hosting is OK? Not that I am complaining, however sluggish loading instances instances will sometimes impact your placement in google and could harm your high quality rating if ads and ***********|advertising|advertising|advertising and *********** with Adwords. Anyway I am adding this RSS to my email and can glance out for a lot more of your respective fascinating content. Make sure you replace this again soon..

There is noticeably a bundle to know about this. I assume you made certain nice points in features also.

Thank you for sharing superb informations. Your website is very cool. I am impressed by the details that you?¦ve on this blog. It reveals how nicely you understand this subject. Bookmarked this website page, will come back for extra articles. You, my pal, ROCK! I found just the information I already searched all over the place and just could not come across. What a perfect web-site.

Sweet blog! I found it while surfing around on Yahoo News. Do you have any suggestions on how to get listed in Yahoo News? I’ve been trying for a while but I never seem to get there! Thank you

Loving the info on this website , you have done outstanding job on the blog posts.

I am glad to be one of several visitants on this outstanding internet site (:, regards for putting up.

I definitely wanted to make a brief comment to be able to appreciate you for those awesome facts you are posting on this site. My extended internet research has at the end of the day been paid with reasonable know-how to talk about with my colleagues. I would repeat that many of us site visitors actually are rather fortunate to be in a magnificent network with so many brilliant professionals with great concepts. I feel extremely privileged to have seen your entire webpage and look forward to many more fun times reading here. Thank you once again for all the details.

Good ?V I should certainly pronounce, impressed with your site. I had no trouble navigating through all the tabs and related information ended up being truly easy to do to access. I recently found what I hoped for before you know it in the least. Quite unusual. Is likely to appreciate it for those who add forums or something, website theme . a tones way for your customer to communicate. Excellent task..

Youre so cool! I dont suppose Ive read something like this before. So good to seek out somebody with some unique ideas on this subject. realy thank you for beginning this up. this web site is something that is wanted on the net, someone with somewhat originality. useful job for bringing one thing new to the internet!

Respect to author, some wonderful information .

I really thankful to find this website on bing, just what I was searching for : D likewise bookmarked.

You are my aspiration, I have few web logs and sometimes run out from to post .

I was just seeking this info for some time. After six hours of continuous Googleing, finally I got it in your web site. I wonder what is the lack of Google strategy that don’t rank this type of informative web sites in top of the list. Generally the top websites are full of garbage.

Generally I don’t learn article on blogs, but I wish to say that this write-up very pressured me to check out and do it! Your writing taste has been surprised me. Thank you, very nice article.

I have been browsing on-line more than 3 hours as of late, but I by no means found any attention-grabbing article like yours. It is lovely value enough for me. In my opinion, if all webmasters and bloggers made good content material as you probably did, the net shall be much more useful than ever before.