18% of families have sent children out to work: Save the Children 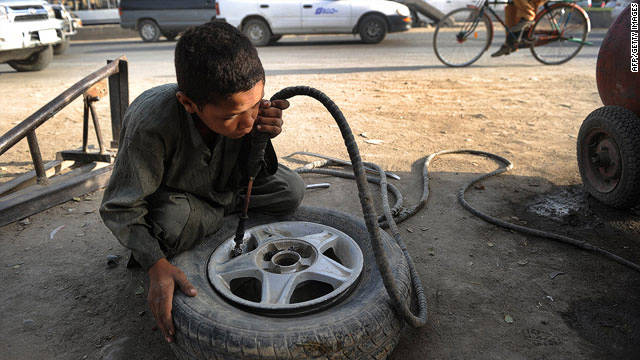 Yesterday, February 14, Save the Children releasing its new research said that one million children now engaged in child labour in Afghanistan.

A survey by Save the Children found that a third of families have lost their entire household income since August, and this forced them to send their children out to work.

“A survey of 1,400 households across seven provinces of Afghanistan found that 82% of Afghans have lost income since the collapse of the former government and transition of power last August, with 18% reporting they had no choice but to send their children out to work,” Save the Children reported.

According to Save the Children if just one child in each of these families is being sent to work, then more than one million children in Afghanistan are engaged in child labour.

Additionally the organization added that the rise in prices caused by the economic crisis that has left many families unable to afford food. About 36% of families reported that they are purchasing food in the market on credit.

According to findings of Save the Children 7.5% of families beg to feed their children.

The news comes as after Taliban’s domination and frozen of Afghan assets, Afghanistan is in bad humanitarian and economic situation.

Six months after the Taliban’s domination: Where is Afghanistan heading to?