“Why are you lying that much Mr. Mujahid?”: Sancharaki to Taliban spokesman 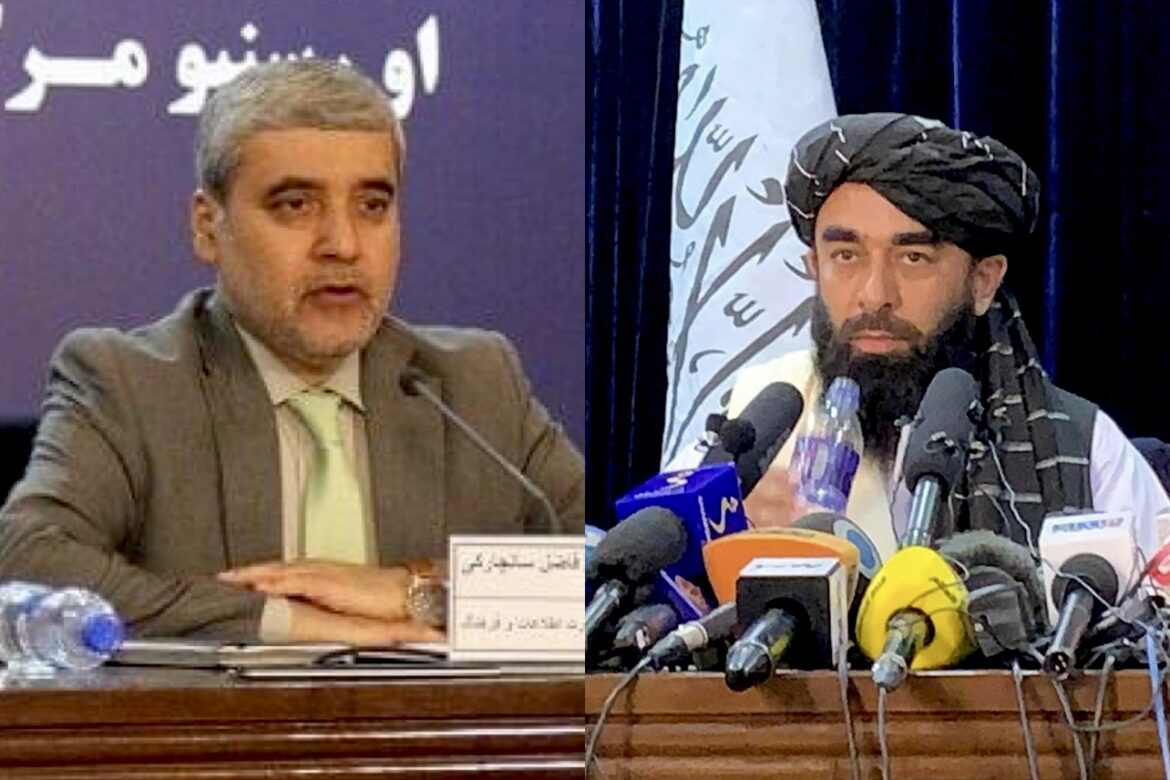 While people consider the house-to-house search in north part of Kabul and provinces as Parwan, Kapisa, and Panjshir as an ethnic issue, acting deputy culture and information minister of Taliban’s government, Zabiullah Mujahid, in a press conference said while searching the house its owner, imam of mosque, and county representative must be present.

But now, former deputy culture and information minister, Fazel Sancharaki, in a message called Taliban spokesman a ‘liar’ and added, in searching of his house no imam and county representative even himself was present.

“According to which religious and judicial court’s order you broke the lock of my house? Why did you break down my bedroom’s door, which is my most private place? Why did you mess up the furniture and turn everything upside down? Why did you order the safe box must be transferred to the police station and must be broken or unlocked as there is money in it? Do you respect personal property, and others’ privacy that consider yourselves the executor of Sharia?” Mr. Sancharaki said.

Former deputy culture and information minister added that Taliban left broken doors and locks and clutter everywhere, after their house-to-house search. They scared all nieghbors.

“Is there any religion and Shriah law that allows this kind of act? You were looking for weapons, why did you want to transfer the safe box to the police station? Is personal property of people religiously permissible and you consider it plunder?” Mr. Sancharaki asked.

Sancharaki added that he through the phone said the place of the safe box’s key, then Taliban decided to leave it.

“Mr. Mujahid, I am a cultural figure and a member of the media and I have not played any role in the war and militarism, rather than that I have always supported the rights of the people, democracy, freedom of expression and reconciliation and peace. I have openly criticized you because of your terror and murder. The place that you are sitting now, I have helped the media and freedom of expression, and I have supported the rights of journalists and the free flow of information in society, but you now, from that very position, have imposed restrictions on freedom of expression. You have deprived women from work and employment, you have confined female journalists and artists at homes and have promoted an atmosphere of terror,” Mr. Sancharaki said.

Mr. Sancharaki concluded this way, “you have restricted the basic rights of citizens as the right for traveling inside and outside the country by your remarks. Why are you acting against the Shriah law? Why are you lying that much?”

The news comes as non-Pashtuns consider the house-to-house search of Taliban as an ethnic issue, but Taliban say it is for security reasons.

What are the effects of the West’s sanctions against Russia?

Next 24 hours are crucial for Ukraine: Volodymyr Zelenskiy