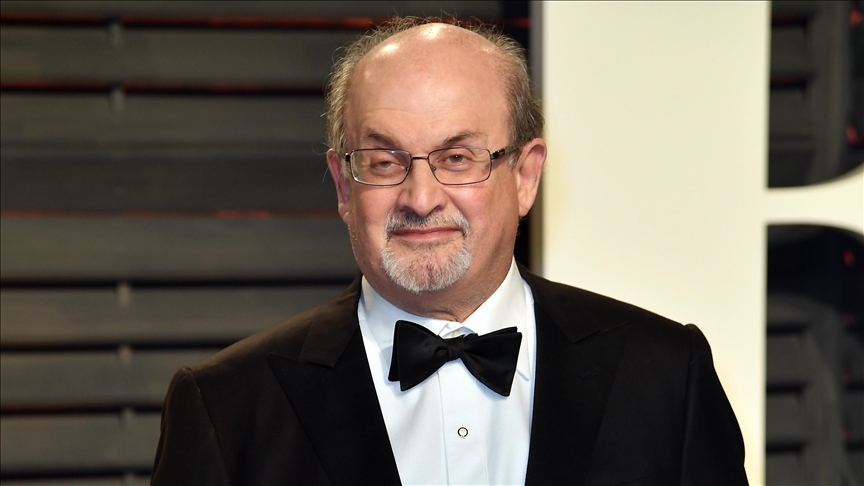 Sir Ahmed Salman Rushdie, an Indian-born British-American novelist who was facing death threats for writing “The Satanic Verses,” was stabbed at a public appearance in New York state by accused attacker, 24-year-old Hadi Matar, and is still hospitalized, but some media reported that he has started to talk.

Following hours of surgery, Rushdie was on a ventilator and unable to speak as of Friday evening, according to his agent, Andrew Wylie. The novelist was likely to lose an eye and had nerve damage in his arm and wounds to his liver, Wylie said.

The accused attacker, 24-year-old Hadi Matar of Fairview, New Jersey, pleaded not guilty to charges of attempted murder and assault at a court appearance on Saturday, his court-appointed lawyer, Nathaniel Barone, told Reuters.

New York police is investigating the motive of the attack which elicited international condemnation.

The US President Joe Biden commended the “universal ideals” that Rushdie and his work embody.

“Truth. Courage. Resilience. The ability to share ideas without fear,” Biden said. “These are the building blocks of any free and open society.”

Yair Lapid, Israeli prime minister also condemned the attack.
“The attack on Salman Rushdie is an attack on our freedoms and values. It is the result of decades of incitement led by the extremist regime in Tehran,” Lapid said. “On behalf of the people of Israel, we wish him a full and speedy recovery.”

Rishi Sunak, former Chancellor of the Exchequer of the UK denounced the attack, too.

He, one of two candidates seeking to become Britain’s next prime minister, said Friday’s attack on author Salman Rushdie should serve as a wake-up call to the West over Iran.

Mr. Rushdie who was set to deliver a lecture on artistic freedom at Chautauqua Institution in western New York that had been attacked, and the attacker arrested by the people and delivered to police.

Rushdie’s second novel, Midnight’s Children (1981), won the Booker Prize in 1981 and was deemed to be “the best novel of all winners” on two occasions, marking the 25th and the 40th anniversary of the prize.

In 1989, Ayatollah Ruhollah Khomeini, then Iran’s supreme leader, pronounced a fatwa, or religious edict, calling on Muslims to kill the author and anyone involved in the book’s publication for blasphemy.

The Taliban takeover equals to death of freedom of expression, journalists in exile say