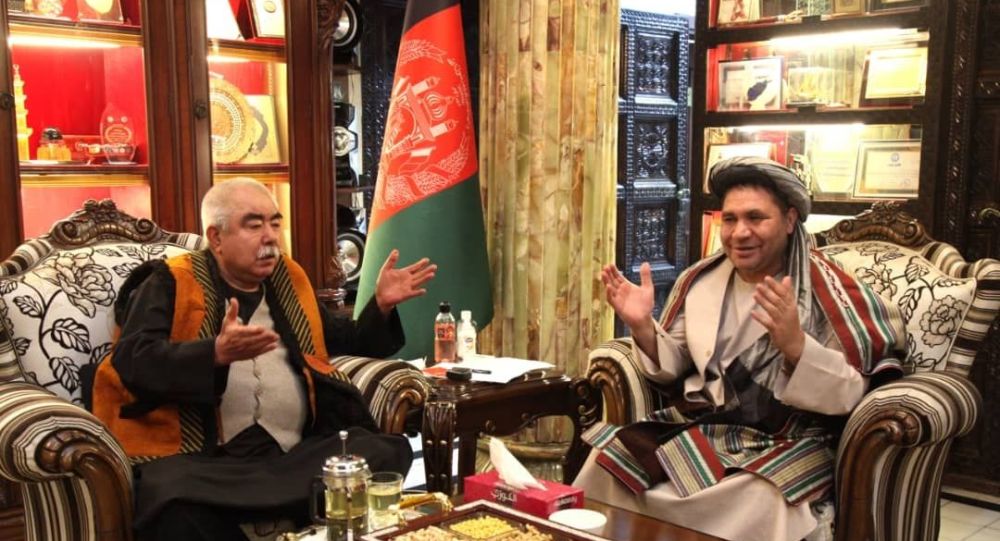 Leader of Junbish-i-Milli party, Marshal Abdul Rashid Dostum, reacted to return of Qaisari, a former public uprising commander against the Taliban, to the country and his support of Taliban.

The statement by Junbish-i-Milli reiterated that Qaisari lost his membership of the party, because he joined the Taliban.

The statement citing Mr. Dostum announced that such people have lost their membership in Junbish-i-Milli party, and have no right to use the name of the party or represent Uzbeks.

“In such a condition, a number of people associated with the party have turnned their back to few decades of struggle, and by betraying the will of martyrs and violating the basic principles of the party to pursue their mundane interest, have supported the illegitimate rule of Taliban and contributed the crimes of Taliban,” the statement added.

Dostum once again condemned the “monopoly” of Taliban, and emphasized that the Taliban government lacks internal and international legitimacy.

It is mentionable that Nizamuddin Qaisari was one of famous commanders of Marshall Dostum, but before fall of the republic he chose his own way and this week returned to the country at the invitation of Taliban.

The intl community must not turn a blind eye on human rights situation in AFG: Amnesty International