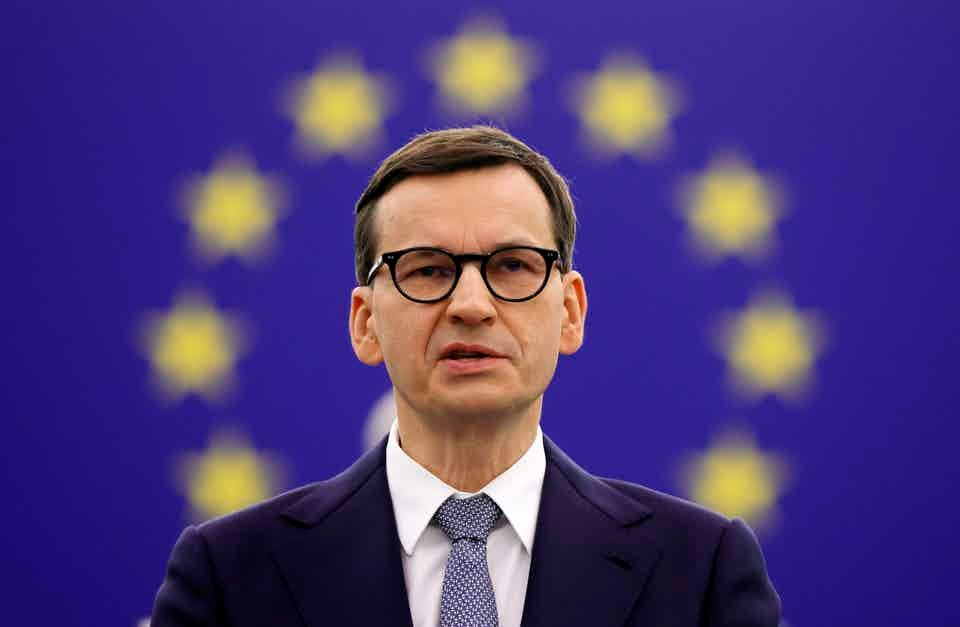 Polish prime minister, Mateusz Morawiecki, in an article to “Daily Telegraph” said that Europe is losing in its confrontation with Moscow from the political and economic point of view.

“Faced with a growing Russian threat, European governments have largely reacted passively. Leaders have lacked the courage or determination to cut business ties with the Kremlin. The noose is tightening around Europe’s neck, not Moscow’s,” he wrote.

He added that now Europe not only from economic point of view, but also from political is losing to Russia.

Prime minister of Poland claimed that Moscow is cynically and effectively exploiting the Europe weaknesses through its “painfully rational.”

According to him Europe’s dependence on Russia’s gas gave this country the opportunity to influence decisions related to Ukraine’s sovereignty.

He added in the face of Russia’s menace, solidarity and cooperation are needed throughout the continent of Europe.

“Europe and its Transatlantic partners should treat events on the EU’s eastern border as a final warning,” he reiterated.

In recent days the allegation regarding attacks of Russian on Ukraine has increased, but Kremlin spokesman, Demitry Peskov, said that Russia poses no threat to anyone.

Reactions to the White House’s decision: “Today was a bad day for Afghans”