Prime minister of Taliban for the first time addresses the nation 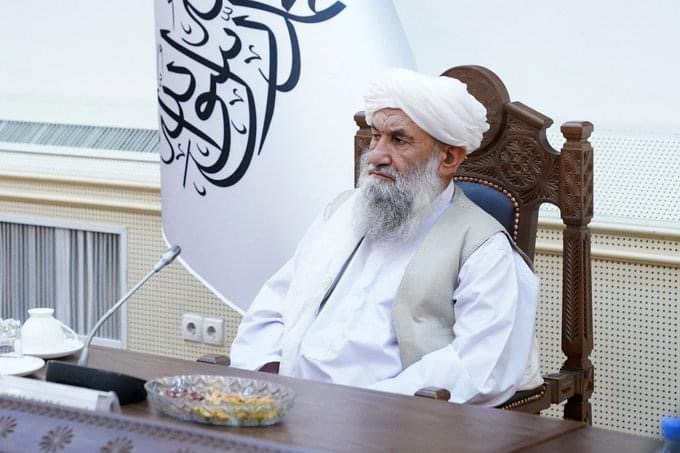 After the Taliban’s domination no one heard anything from prime minister of Taliban, Mullah Mohammad Hassan Akhundzada, who thought to be one of the Taliban’s founding fathers, and seemed to be so reticent, but today he broke the ice and through an audio message, addressed the nation.

In his speech which was in Pashto language, he talked about different issues in Afghanistan, from economy, and security to women’s rights and positive relations with the world.

He in his audio message which National Radio Television Afghansitan [RTA] broadcast said that occupation ended in Afghanistan and war has finished as well.

Mr. Akhundzada said that famine and rising level of rates exited in Afghanistan prior the Taliban. He said that Taliban have not promised better economic situation to people, may God help the people, and the people should pray to God for rain.

A part of his speech was about security situation in Afghanistan, Akhundzada believes that every one now can travel all around Afghansitan, without any serious security problems. Also he emphasized that Taliban are not trying to take revenge from former soldiers, but if they threaten the security, they will be confronted.

Prime minister of Taliban also said that they want to have positive relations with countries around the world, and vowed that the soil of Afghanistan will not be used against any other countries. He added that the Taliban are not willing to interfer to other countries’ internal affairs.

A part of Akhundzada’s speech was about women, he claimed that women in Afghanistan now have gained their rights. He added that the Taliban’s government are trying to provide better opportunities of work and education for women.

“If intl community does not recognize the Taliban, ISIS will reclaim the power.” Shaheen says

“The return of the Taliban is tragic for the Afghan people and heart-breaking for all of us,” Stoltenberg says