Peace and security in AFG has significantly improved since the Taliban takeover, Mansoor Ahmad Khan says 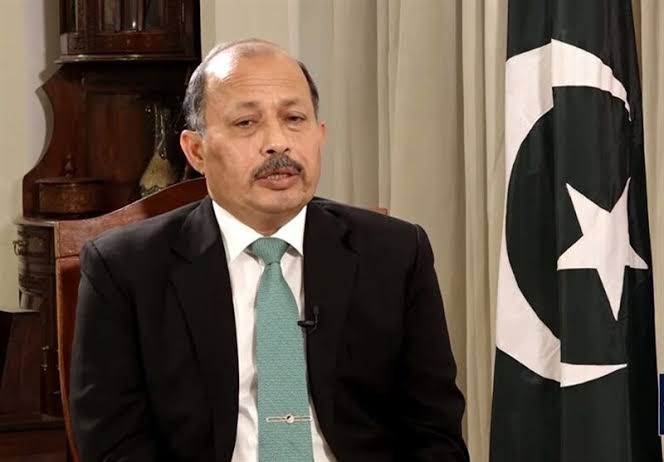 Dawn News Agency reported that Pakistan’s Ambassador to Afghanistan, Mansoor Ahmad Khan, said that peace and security in Afghanistan has significantly improved since the Taliban domination back in mid-August 2021.

He pointed that the presence of diplomatic delegations in Afghanistan shows that the Taliban are engaged with the UN.

Khan referring to the economic situation in Afghanistan said that after the US withdrawal, the economy has been domesticated. “with the absence of 12 to 13 billion dollars in the reserves, the country presently has 3 billion only, which is a stark contrast.”

In the meantime, Dawn News Agency quoted former deputy foreign minister of Afghanistan, Jawed Ludin, that he said Pakistan has a shared past with Afghanistan and should have a shared future as well.

He added that the Taliban ascension has been a turning point for Afghanistan.

Additionally, Pakistan’s special representative for Afghanistan Mohammad Sadiq, welcoming the Taliban mediation said that the Taliban have proven to be helpful in Pakistan’s talks with TTP, which he claimed were at a nascent stage.

He speaking about the reopening of girls’ schools in Afghanistan said, “being neighbors with deep cultural and religious affinities, we may be sympathetic to certain points of views and nuances, but we believe in the right to education for everyone as a fundamental human right.”

He also added that over the last few months, Pakistan has been urging the international community to remain constructively engaged with Afghanistan.

The news comes as despite the efforts of Pakistan, no country has recognized the Taliban yet.

Unknown gunmen killed the representative of Hizb ut-Tahrir in Ghazni