Will a decisive battle take place in Panjshir tonight? 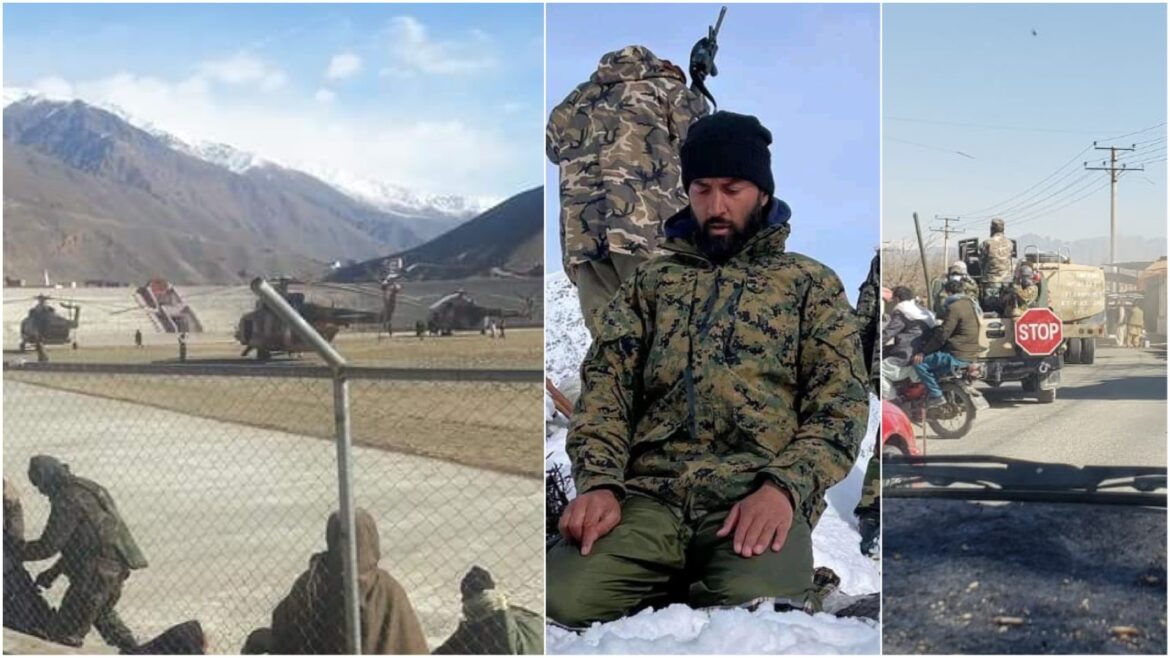 Some sources told Aamaj News that a number of senior members of Taliban including their minister of defense, Mullah Yaqoob, have gone to implement the war map, as the spring is inching close and the National Resistance Front is expanding its activities.

The footage which has been sent to Aamaj News shows that at least five military helicopters are hovering overhead in Panjshir. On the other hand, a multitude of Taliban fighters with military equipments and fuel tankers have arrived in this province.

A source inside Taliban on the condition of anonymity told Aamaj News that Amanuddin Mansouri, commander of Taliban’s air force has arrived in Panjshir for a decisive battle, but refused to say about the presence of Mullah Yaqoob in Panjshir.

Sources from NRF also confirmed that Taliban consider Panjshir as a serious trouble, and are trying to settle everything in this province before the coming spring.

But a veteran commander of NRF who wished to remain anonymous told Aamaj News that Taliban’s operation will last few days or few weeks, it is impossible for them to capture and maintain all the areas in Panjshir.

Local sources also confirmed the arrival of armed Taliban forces in Panjshir. But a commander of NRF said that in guerrilla warfare the fighters will change their places, but they will continue to resist.