The activities of media under the rule of Taliban, “Panjara” restarts its publication 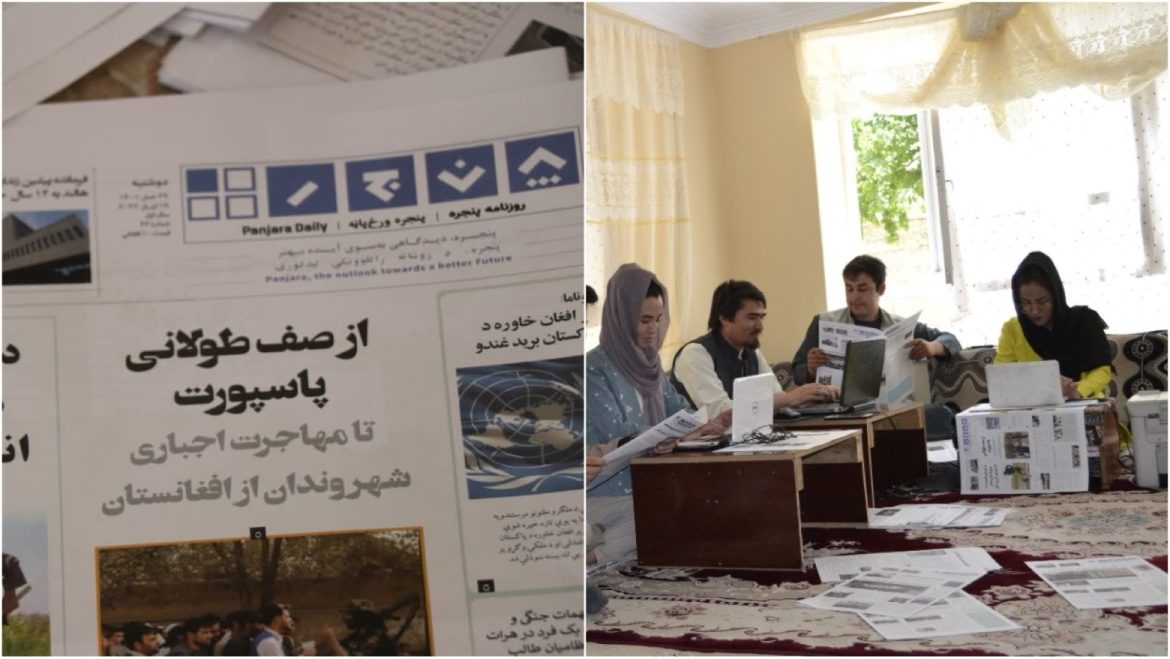 Officials of “Panjara” told Aamaj News that the newspaper has restarted its publication besides its online activities.

They said that they have restarted the activities, but are concerned that the newspaper would stop publication as a result of restrictions.

Additionally, “Panjara” issuing a statement said that its a free journal, and reflects the idea of a number of writers and journalists who truly want to play their roles without being biased.

“Panjara” broadcasts in both Dari and Pashto languages online and in print, which is being distributed in Kabul three times a week and soon will reach five times per week.

After Taliban’s takeover, the majority of media outlets have been closed, and a number of them are on the brink of collapse because of economic problems as well as restrictions on their publication.