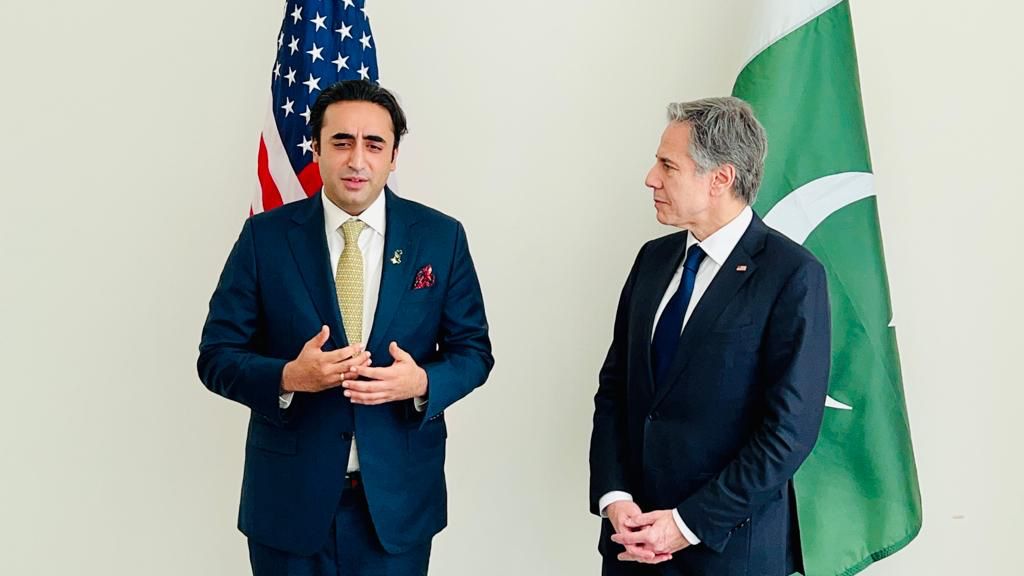 It is the first time that foreign minister of Pakistan, Bilawal Bhutto-Zardari, met the US Secretary of State, Antonio Blinken, after he has been appointed as foreign minister.

The meeting took place yesterday and the main issue was to discuss the ways to fight against terrorism in Afghanistan and stability in this country.

The US Secretary of State and foreign minister of Pakistan releasing a statement said they underscored the importance of US-Pakistan cooperation on regional peace, counterterrorism, Afghan stability.

The news comes as earlier both sides discussed mutual cooperation on providing security and peace in the region, developments of the region and Afghanistan through a phone conversation.

Foreign minister of Pakistan, Bilawal, also emphasized that recent geopolitical developments have aggravated already difficult situation of food security in countries like Pakistan which has been suffered from the security of food, water and energy.

He expressed that Pakistan is willing to cooperate with the Biden administration in the field of food security, boosting economic and trade cooperation. It is the first time that foreign minister of Pakistan met the US Secretary of State after he has been appointed to this position.

No group could govern in Afghanistan forcibly: Supreme Council of Resistance to Save Afghanistan