The Guardian: Islamabad–Taliban relations have soured 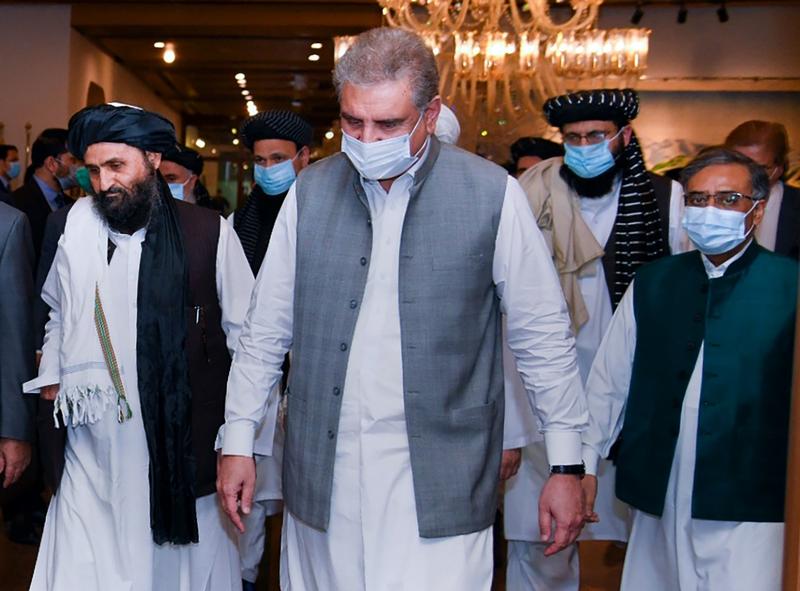 The Guardian – the UK based newspaper – has released an article on Pakistan and Taliban relations.

The article reiterates that the Pakistani-Afghan border, running along Britain’s colonial-era Durand Line, is a center of the increasing tensions between Islamabad and the Taliban, with a rise in attacks since the Taliban’s domination in Afghanistan.

The news comes after the killing of five Pakistani soldiers on Sunday in Khurram district, that Tehreek-e-Taliban-Pakistan (TTP) claimed the responsibility.

The Guardian citing foreign minister of Pakistan, Shah Mahmood Qureshi, wrote that Islamabad had told the Afghan Taliban leadership it considered TTP as a test case of their ability whether they can control terrorists or not?

“If the Taliban can’t address concerns of Pakistan, then who would trust them and their promise of cutting ties to al-Qaida and other such groups?” Qureshi asked.

The Guardian added that Pakistan previously clashed with the former Afghan government over the border, but when the Taliban captured Kabul in summer 2021 it was celebrated in Pakistan by the prime minister and his party Tehreek-e-Insaf, Islamist political parties and retired military officers.

The Guardian described the Taliban’s return to power as an opportunity and strategic victory for Pakistan. But the author believes that Durand Line is something controversial and some Afghans are sensitive towards this issue. On the other hand Taliban benefit from people’s commute and barbed wire along the border.

After Taliban’s domination in Afghanistan the level of attacks on Pakistan Army have increased, according to Balochistan Liberation Army (BLA), Pakistan Army has suffered heavy casualties.

But Pakistan strongly denounces the presence of terrorists in Afghanistan.

Taliban are the main root cause of crisis in AFG, and the solution is to remove them: NRF

The health situation in Afghanistan is dire: WHO chief