Exploring public opinion after deadly attacks on Pakistan Army; why do Afghan youths support these attacks on social media? 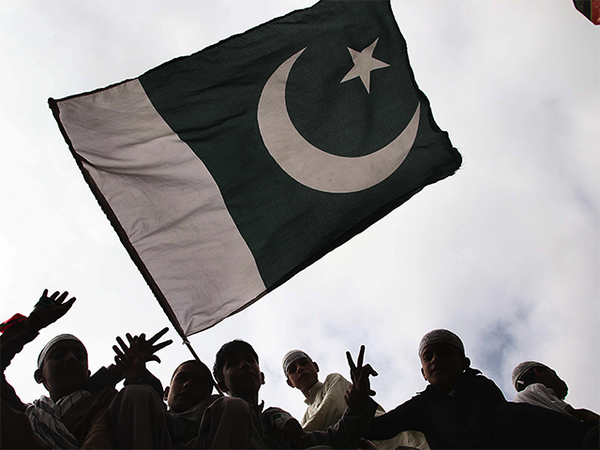 Within a month, the Balochistan Liberation Army (BLA) has carried out two deadly attacks on Pakistan Army in Balochistan province.

BLA has remained as a rebel group since 2000 CE. The US, Pakistan and the UK have recognized them as a terrorist group.

The recent attacks carried out by Balochistan Liberation Army have been “unprecedented” in nature, and it is speculated that other groups, such as the Tehreek-e-Taliban Pakistan (TTP), may have helped the Baloch in these operations, despite differing goals.

After Taliban’s domination in Afghanistan, especially in recent days, deadly attacks on the Pakistan Army have intensified. Baloch separatists say the attacks have inflicted heavy casualties on Pakistani forces. Although Pakistani officials have not released the exact number of casualties, but they have strongly denounced the presence of terrorists in Afghanistan.

But the question, why do Afghan youths welcome it after every attack on Pakistan Army by this country’s opponents?

Ahmad Saeedi an Afghan political analyst and university lecturer believes in past five decades Pakistan has had adventurous diplomacy towards Afghanistan, and that is the main reason that Afghan youths welcome these sorts of attacks.

“We should keep in mind that the Baloch or the Pakistani opposition are different parties from the past that have been opposed to the Pakistani government since its inception. Even the Balochs say that they had a country called (Kalat) that the elder or Khan surrendered Kalat. But in the past the Baloch who opposed Pakistan was ones that wanted freedom, and Chinese-built port of Gwadar–a port in southern Balochistan in Pakistan– an economic port made up mostly of Punjabis, not the poor Baluch people,” Saeedi said.

He added although in the past Akbar Begdi, Ataullah Mangal and some other people resisted, but now with Taliban’s domination in Afghanistan and the US forces withdrawal, Pakistan’s opposition forces in particular Balochs have modern weapons, and ready to fight. Undoubtedly, they continue to fight, because they have modern weaponry.

When he was asked regarding welcoming of Afghan citizens of these attacks, said that Afghans welcome these attacks because they have been tyrannized by Pakistan for over five decades. Afghans hope to see Pakistan experiencing this misery. So that Pakistan leaves Afghans alone, because it has had destructive policy towards Afghanistan.

Mr. Saeedi also described the situation as “worrying” for Afghanistan and added the situation could have an impact on the situation in Afghanistan as well. Pakistan in a way will turn its back on Taliban, because Pakistan was gendarme of the surrounding countries, now Qatar is playing its role, especially for the USA. It means the US has turned its back on Pakistan. This country is trying to get closer to China, which was close in the past, as well as to Russia. “Pakistan is very isolated because the United States knows it has betrayed what it promised.”

Balochistan is a large place in South of Iran, which covers the sides of Kerman desert in east part of Bam and Bashagard mountains to western borders of Sindh, Panjub, and India. Its borders can not be determined precisely, but its area is generally estimated 690,000 square kilometers. The population of this hot and dry and mountainous land are Sunni (Hanafi) Baloch people. Balochistan has historically been divided between Iran and India and has been formally divided between Iran and India (later Pakistan) since 1870.

Aamaj News Agency interviewed some of Afghan citizens who welcomed the attacks of BLA forces on Pakistan Army. They told Aamaj News that they are not happy to see somebody is dying, but like to see Pakistan experiencing the misery which imposed on Afghanistan in past few decades. They blamed Pakistan for current situation in Afghanistan, and believe that the level of attacks would increase by passage of time.

But Ihtesham Afghan a member of National Democratic Movement led by Mohsin Dawar believes that in recent attacks on Pakistan Army, this country’s intellegence forces involved.

“I think in most of the current attacks, Pakistani intelligence service involves, and Pakistani policymakers can benefit in several ways, firstly the world will fear that Pakistan is a nuclear power and that Pakistan’s weapons will fall into the hands of terrorists,” he added.

According to him, Pakistan wants to “deal” with China against the United States this time. He emphasizes that Pakistan will be harmed, but Pakistan’s goal is very big.

Mr. Afghan emphasized that the attacks on Pakistan Army would increase and Pakistan would sacrifice Pashtuns as well. He added that Pakistan Army delivered some areas in Waziristan to militias two years ago, and appointed Pashtun militias on Durand. Right now 95% of Pashtun youths get killed.

Meanwhile, Nisar Ahmad Sherzai, a political analyst said after Taliban’s domination in Afghanistan; international community, surrounding countries, Afghans, and even some people of Pakistan criticized the Pakistan government and expressed their hatred against it. Pakistan government adroitly can solve these problems.

“Pakistan itself is a sponsor and exporter of terrorism and knows very well how to use terrorist groups and where to use them. The riots and bombings in Pakistan are part of Pakistan’s intelligence plans, because it has two purposes. Firstly, it wants to show the world and the international community that it has problems with the Taliban or the Afghan Taliban are making problems. This way it wants to take advantage of the international community and the people of Afghanistan. On the other hand, Pakistan is trying to make the Taliban darling of Afghan people. Earlier a wave of criticism was against it because it supported Taliban,” Sherzai told Aamaj News.

“The happiness of Afghan youths is part of Pakistan’s intellegence plans, that Taliban has problem with Pakistan. The truth is that Pakistan is behind-the-scenes of games. They want that the Taliban gain support of Afghans and to be recognized. On the other hand, they are trying to stab Afghans in the back. This happiness of the youth and the explosions of Pakistan are not sustainable. Pakistan can make good use of these issues,” he described the happiness of the Afghan youths for such attacks on Pakistan.

He also added that is a game of Pakistan intellegence, so relating to tensions, their would be changes in low profile Taliban’s attitude, which is not in favor of Pakistan, but definitely it will not harm this country. This way Pakistan will continue its activities, as training and exporting terrorists across the world, and always benefits from these issues. In pretext of fighting against terrorism, it will receive money from superpowers.

Although views on attacks of Balochs and Pashtuns in Pakistan differ, but what is common in Afghanistan is the young generation’s hatred of the Pakistan’s destructive policies.

Russia: The US supports ethnic strife in Afghanistan