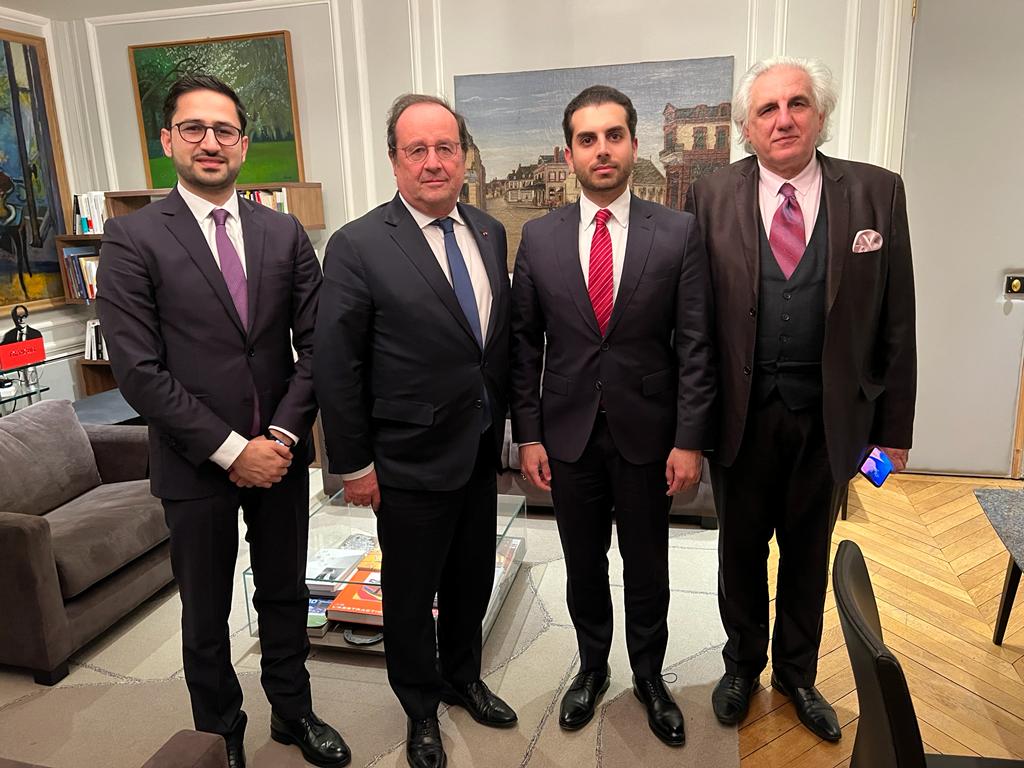 August 15, 2021 was a catastrophic and unforgettable day that Taliban – an Islamist intolerant group that considers Islamic Shriah in a harsh way as its law– captured Kabul. This group using the crushing defeat and hurried withdrawal of the US forces, is establishing a regime in which do not value human rights and the most fundamental values as civil liberties, and its result would be sociopolitical barbarism. Afghan people, in particular women have been deprived of their rights, and under that mobile prison – Burqa – are in pitch darkness. They are experiencing Islamic fascism and dictatorship that in the past Nazis even were not able to imagine it.

In order to cling to the honor of the civilization to which I belong, without the slightest hesitation and considering the current situation of Afghanistan’s poor but honorable people, I immediately adopted a stance and stood by the National Resistance Front. Writing consistent articles and notes for the media has been part of this stance. The National Resistance Front was formed by young Ahmad Massoud on the very day of the fall of Kabul which is of political, military and civil bases.

Ahmad Massoud, the son of the late commander Ahmad Shah Massoud – the legendary warrior of the Panjshir Valley who resisted against Soviet Union and then Taliban invasion between 1979 and 2001. So, with determination and sacrifice mingled with the philosophical teachings I believe in, as well as my individual moral values ​​which are derived from the teachings of the great Emmanuel Kant, I arranged a series of important political and media meetings for representatives of NRF in two major European capitals, Paris and Brussels. In these meetings, I accompanied the head of foreign relations for NRF, Ali Maisam Nazary, and a young well-educated and member of National Resistance Front, Obaid Mahdi.

The first and most important meeting, both in terms of political and its symbolic significance, was the meeting that took place on January 13, 2022 in Paris with former president of France, François Hollande. He is aware of Afghanistan’s deplorable situation, warmly and kindly welcomed us in his office for an hour. Mr. president made a phone call to Ahmad Massoud about this issue. The news was first published on the Twitter account of Ali Maisam Nazary, who thanked the president Fraçois Holland for the meeting, and the telephone conversation between Ahmed Massoud and François Hollande was also informed. Soon the news was also published on the official Twitter account of the Fraçois Holland. “I express my full support to Ahmad Massoud for his efforts for democracy,” the president said.

The news relating to this meeting quickly spread on social media and its impact on the Afghan people, especially the NRF forces against Taliban, was positive and promising. Mr. Hollande’s moral courage and political transparency in expressing his stance on Afghanistan are commendable.

Brussels and Belgian diplomacy in the heart of Europe

Brussels is not only the capital of Belgium, but also the capital of the European Union and the capital of NATO. Political and media activities have a special place in Europe there. My trip with Ali Maisam Nazary and Obaid Mahdi did not end in Paris. Five days after visiting of president Fraçois Holland, we had another important meeting in Belgium’s foreign ministry. Two Belgian diplomats warmly heard our speech. One of them is the analyst of Asia and Afghanistan’s affairs, and surely it is not my job to enclose everything here. But let me say, that two eminent Belgian diplomats heard our words warmly.

There is a serious will at the forefront of legitimate concerns in the Belgian diplomacy to provide humanitarian assistance to the Afghan people, who are left alone, hungry and homeless. Like any other eminent democracy in the world, human rights and of course women’s rights in Afghanistan are a major concern for Belgium. These rights are now under threat of the Taliban’s radicalization. It is also very important to reduce to some extent the grave threat posed by global terrorism from Afghanistan’s soil to modern, free and secular democracies without interfering in Afghanistan’s internal affairs.

For a free and democratic Afghanistan, free from racial, religious and gender discrimination

What would be the result of this political and diplomatic trip between Paris and Brussels? The head of foreign relations for National Resistance Front answers.

National Resistance Front considers the Taliban’s power which have taken by force, illegitimate. Taliban’s rule is not of political reputation for major part of Afghans. National Resistance Front defend a modern, democratic and free country which has a decentralized government, free of racial, religious, cultural, lingual, and gender discrimination. The future government of Afghanistan that NRF wish to establish resembles to a federal government as the governments of Belgium, Switzerland, and Germany. From Afghans points of view NRF is the only source that can implement this plan. This way the country could find its suitable position among other countries and nations under the name of human and women’s rights, brotherhood and equality.

Equal efforts for civilization and against barbarism, in the name of humanism

We can say that the current struggle in Afghanistan for freedom and peace is also our struggle. This struggle is for the West, for civilization itself, without that no humanist has the value. This is precisely why the United Nations, like NATO and the European Union, never recognize the hated regime of these new vicious people –the Taliban.

Disapproval of Oslo’s talks with Taliban

The National Resistance Front, following the example of Afghan civil society as a whole, strongly condemns the recent talks between the Western countries and Taliban representatives in Oslo, the Norwegian capital. The holding of such a meeting by the involvement of some political leaders is another betrayal of these politicians to the Afghan people. Another noteworthy point is the presence of Anas Haqqani in the Taliban delegation. He is one of the leaders of the dreaded Haqqani network and the financial director of this network. The Haqqani Network was founded by his father, Jalaluddin Haqqani, and is now headed by his older brother, Sirajuddin Haqqani. It is responsible for deadly attacks and the killing of thousands of Afghan citizens. He was arrested in Afghanistan in 2013 and sentenced to death by a court. He was closely monitored in Bagram prison until 2019, then he was exchanged for two foreign hostages by Ashraf Ghani. The organization is one of al-Qaeda’s main allies and the bloodiest branch of the Taliban. Currently, Sirajuddin Haqqani has declared himself the interior minister of the Taliban government, while he is being pursued by Interpol police, and the US government has set a $10 million reward for finding him.

Shortly we can say these talks were held in Oslo, with the presence of such criminals, to normalize the future relations of the Western countries. They talked to the hated dictatorship regime of the Taliban, which is a disgrace to the European countries. The question, how can Europe, the same Europe that we discussed its democracy and civilization, shamelessly accept such a terrorist group? History will judge this issue.

Professor of Philosophy at the Royal Academy of Belgium

Over a million Afghan fled the country as Afghansitan’s economy collapses: The New York Times