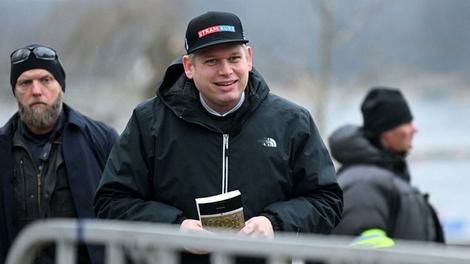 The National Resistant Front of Afghanistan (NRF) has condemned the burning of Quran in Stockholm city.

NRF spokesman, Sibghatullah Ahmadi, said that insulting and burning Quran is meant to attack on beliefs of 1.5 billion Muslims worldwide.

He added that there is no difference between such an action and terrorist deeds.

Ahamdi added that this inhumane act has hurt the hearts of 1.5 billion people around the world.

He urged all the governments to respect beliefs and mutual humanitarian values, and prevent the repetition of such “Islamophobic” deeds.

The news comes as Rasmus Paludan, a Danish-Swedish politician, lawyer and far-right extremist burned the Quran in front of Turkish embassy in Stockholm.