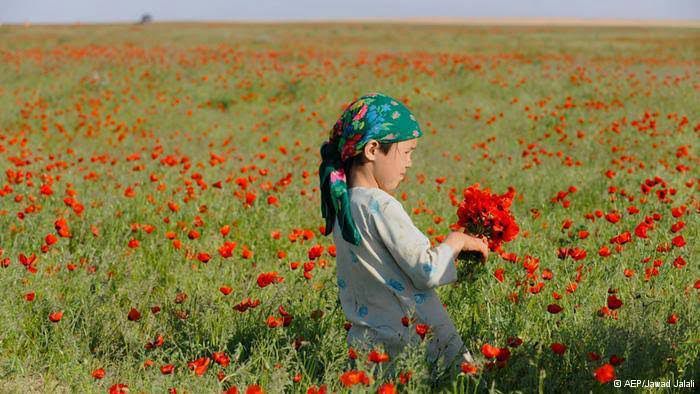 Balkh as the capital of ancient civilizations in Asia is a prominent cultural, lingual, and religious center. Before Islam this city was famous as birthplace of Ashu Zarathushtra, an ancient Persian prophet, and after Islam a lot of scholars, poets, and writers rose from this historic place. Famous poets and scholars as Rabia Balkhi, Nasir Khusraw, Avicenna, and Jalal al-Din Muḥammad Balkhi all were born in this region. Arabs called the city “Umolblad” which means mother of the cities and Marco Polo described Balkh as a “noble and great city.”

Additionally, scholars as Hossein Yemin called it as the main place where Persian language started to grow. This language had evolved for three times in this region and then spread to Iran and other areas of ancient Ariana.

Later, climate change turned the city into a dry, waterless desert. But Balkh district, which is still standing with its ancient places, is one of the greenest and most beautiful cities in the province. In addition, the red tulips around the city of Mazar-e-Sharif dazzle thousands of tourists every year and attract people to the city from all over the country.

Despite all this historical antiquity, trans-regional personalities and great cultural achievements, Nowruz is one of the costumes that is always celebrated in Balkh, and you will rarely find anyone in Asian countries who is not aware of the celebration of Nowruz in Balkh.

Dr. Raziq Ruein, a poet, writer and former professor of Persian language and literature at Kabul University, believes that Nowruz is not related to Zoroastrianism.

“Some people ignorantly relate Nowruz to the Zoroastrian religion, while Nowruz is related to Mithraic civilization and has a longer history than Zoroastrianism,” he said.

“Nowruz is a natural celebration, because the ancient people of Ariana were farmers. They paid more attention to climate change. Hence, they celebrated the coming of spring as the season that their cultivation began. Zoroastrianism accepted Nowruz as an ancient tradition of Ariana and adopted it. Islam is not opposed to Nowruz either, but our people, because they consider themselves more Muslim, call this celebration the costum of Zoroastrians and oppose it without having knowledge,” Mr. Ruein said.

Shamsuddin Shahab, a student majoring in theology in Turkey, believes that Islam has no objection to the cultural rites of the people. He said there is no problem regarding to celebration of Nowruz, if it is not celebrated with the intention of being a magician.

“The prohibition of Nowruz, one of people’s cultural days, in the name of Islam, has no benefit to people’s beliefs. In addition it discourages people from religion,” Mr. Shahab told Amaj News.

“The Taliban are not representatives of religion, they may prohibit the celebration of this day due to some ethnic issues, but in my opinion, this action is more cultural and ethnic than religious,” he added.

Mr. Ruein, referring to one of Al-Biruni’s books by the name of The Remaining Signs of Past Centuries (الآثار الباقية عن القرون الخالية), relating to non-prohibition of Nowruz cited an anecdote which happened in prophet Muhammad’s era as: “In prophet Muhammad’s era, somebody entered the mosque, and brought some Halwa (kind of sweetmeat or weet paste) to prophet and his companions. The Halwa may refer to ‘Samanak’ (another kind of Persian sweet paste) the Al-Biruni called it Halwa. Prophet Muhammad and his companions asked that what was the Halwa for? The person answered because of Nowruz, a costum non-Arabs celebrate it. Then prophet Muhammad ate some of that Halwa and gave some to his companions and wished that every day be Nowruz.”

Dr. Ruein stated that the Taliban have made the religion a means of their ethnic domination, and through this they are engaging in hostility against the culture and language of other nations. He described the removal of the word “university دانشگاه” from the entrance sign of Balkh University as Taliban’s apparent hostility to others’ cultures.

From an economic point of view, celebrating Nowruz in Balkh would bring a lot of revenue to the province’s treasury every year, and business would flourish on the eve of Nowruz.

But it seems that Taliban oppose anything that makes people happy, and use anything under the name of religion to suppress others cultural and lingual values without any logical reason.

Jamshid Wakili was born in 1993. He has a bachelor's degree in Persian language and literature from Kabul, and got his master's degree from Anadolu University of Turkey. Mr. Wakili used to work with a Turkish news agency (Ikhlas), but now works as a reporter in Aamaj News Agency.

ISIS soon increases the level of its attacks in AFG: Commander of the United States Central Command