Mawlana’s birthplace on the eve of Nowruz: why do the Taliban not accept cultural diversity? 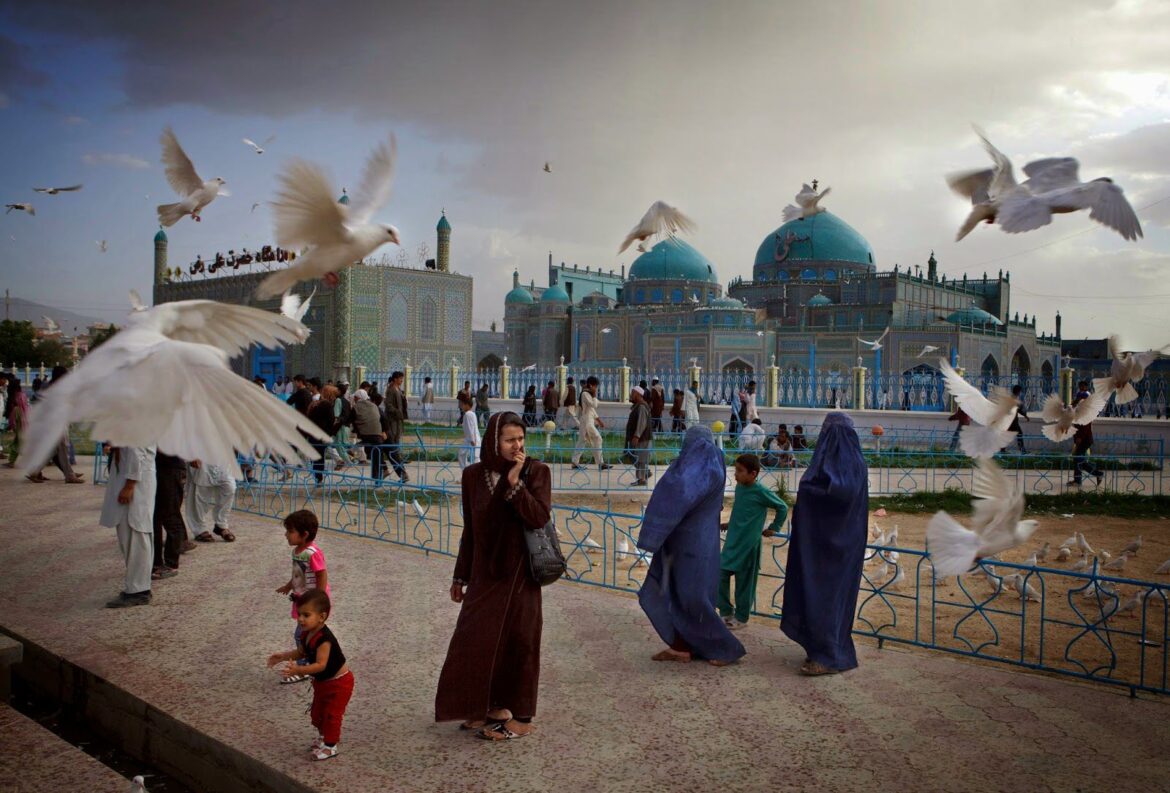 Mazar-e-Sharif is a city of culture, civilization and solidarity. The history of the city is the example hospitality.

When you walk in the highways and byways of the city, you see the kindness and the sweet taste of variety. When people say Mazar-e-Sharif, instantaneously stated issues bear in their minds.

When we study the history of this city, we clearly see that the city is the icon of dignity. The territory was filled with kindness. Sometimes people called it Balkh Guzin, Balkh Bami, and some others called it Omulbelad.

It is mentionable that Balkh were not named that way easily, but the names were the true identity of the city; that rulers and emperors named the city because of its nice and cultured people.

According to the history the Achaemenid Empire was one of the biggest empire of the entire history. Achaemenid controlled between 49 to 51% of the world’s population, and Balkh was one of the main cities of this empire.

The historical background of the Nowruz, the revival of nature, the mercy of God to all his creatures in this month, and in general the celebration of the first day of the New Year lies in the history of the citizens of Balkh. According to history, Zarathustra was one of the first organizers of Nowruz in Samangan and Balkh. This example can be seen in the tablets of Takht e Rostam in Samangan province.

The Babylonians in Mesopotamia and the Achaemenids in the Land of the Sun also celebrated the first day of the year.

The city of Mazar-e-Sharif has a long history of keeping the festival alive. These days, however, the city has no preparation to celebrate coming Nowruz. The Taliban have called the celebration of the Nowruz a Magi costume.

Rahmatullah Arian, a social science major student at Herat University, originally from Balkh, stated the idea behind opposition to celebrating Nowruz this way, “Balkh in the perspective of civilization and progress is what history has witnessed. Civilization is the identity of my city. The people of Balkh are famous for their hospitality in the first month of the solar year. My claim is not an exaggeration, but an honor that we inherited from our ancestors.”

He pointed out that opposing this historic celebration means destroying the roots of the history. He added despite all the differences, we must preserve our historical, cultural and linguistic heritage. In history the insistence on monopoly has no good consequences and will not have. The Taliban think this is a celebration for Persian speakers, while it has never been so.

“Nowruz is a historic day. Its roots lie in great civilizations, as the Achaemenids to the Parthians and the Sassanids,” he added.

At the beginning of the solar year, the atmosphere of nature changes. The green umbrella of peace and friendship spreads on the ground. The tulips turn red. The charm of nature is seen in the desert.

He emphasized that Taliban must accept diversity, and celebrate the Nowruz and observe solidarity. They must not disturb the citizens, and welcome their happiness. Because the beauty of Afghanistan is in its diversity.

Sabawon is a citizen of Mazar-e-Sharif. He said during the republic, they witnessed memorable celebrations, including the celebration of Gul-e-Surkh in this city. But this year, by Taliban’s domination, there is preparation for celebrating Gul-e-Surkh.

The people are not allowed to publicly hear Mullah Mohammad Jan’s song in the city. There is no excitement and preparation for the new year. Every year that time the sweet story of Samanak was circling in this city, now the story has changed into a tragedy.

He added that every year lots of people used to come to Mazar-e-Sharif, and tourists from all around the world came to visit shrine of Ali Mawla. The economy in the city boomed, there were people on the streets, people had their own company and restaurants had their own customers. But now there is no sign of the past, the city is not that crowded and streets are empty.

He added that Taliban have banned all happiness of the people, including historic celebration and Gul-e-Surkh.

He noted that the Taliban should reconsider their ideas and not turn the happy days of the citizens of Balkh into mourning.

A social media user posted on his Facebook page that there is no preparation for celebration of of Nowruz under the Taliban rule. So, by change of the year, their mood will not change.

Another user posted on Facebook that the Taliban never accept diversity. Their narrow demands are still standing. They strongly oppose holding the Gul-e-Surkh festival and consider it against Islam.

The news comes as the celebration of the Nowruz lies in the ancient history of Balkh. This celebration has reigned in the hearts of the people of this region for many years and there is no religious connection in it.

Zia Haqjoo was born in 1997. He completed his higher education at Balkh University and took journalism courses, too. He is now working as a reporter of Aamaj News Agency.

“Taliban spokesmen do not share the details, we usually hear from people”: Journalists in Kandahar

The Islamic world must engage actively with the Afghan authorities: Imran Khan