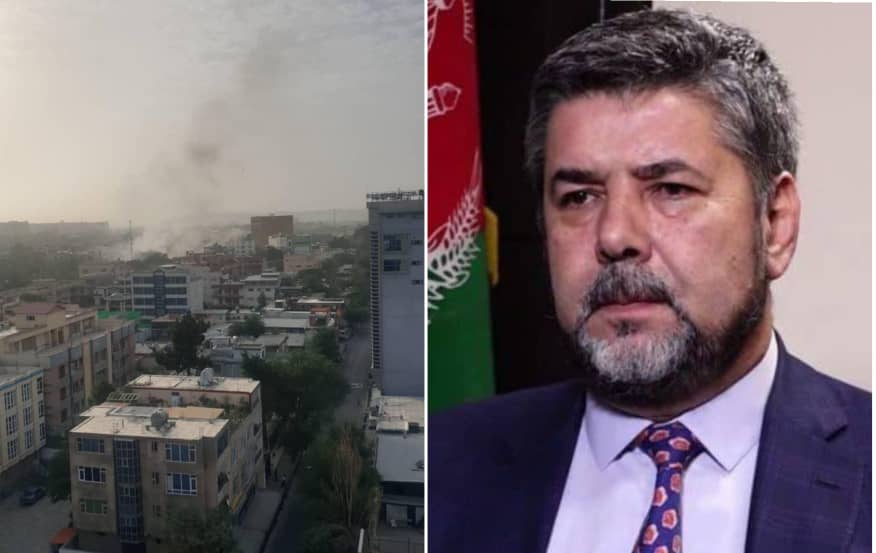 Former chief of national security, Rahmatullah Nabil, citing some sources said that this morning American drones were seen in the airspace of Kabul and they struck different locations in that city.

“As per a clause of Doha deal, US will help Taliban in fighting/cracking down IS-K,” Mr. Nabil added.

Former chief of national security said that Taliban cannot run the country. There is a great danger for Afghanistan to become an extremist safe-haven.

The news comes as this morning a number of Kabul citizens said that two blasts took place in Kabul.

The Taliban interior ministry spokesman said that a rocket hit an empty house in Sherpur neighborhood, Kabul, and no one was injured.

He did not offer the details regarding who, how and from where shot the rocket.