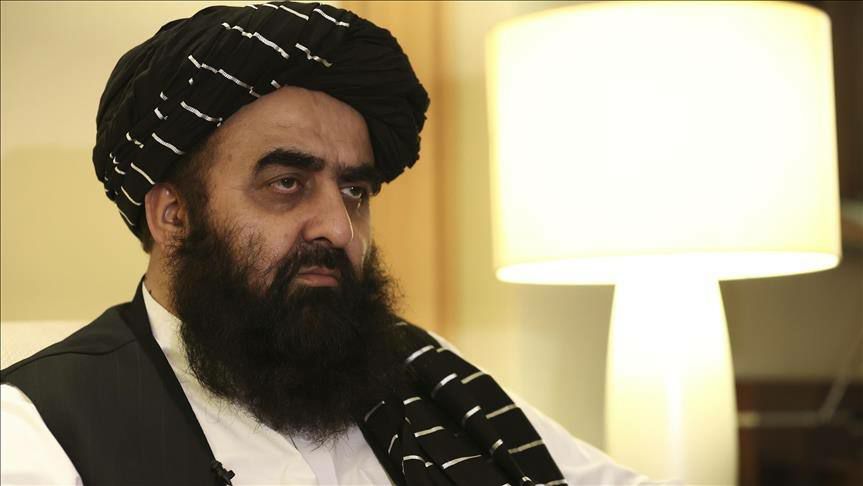 Acting foreign minister of Taliban, Amir Khan Muttaqi, in the annual report meeting of this ministry said that they intend to make Afghanistan the economic connecting point of South and Central Asia.

Muttaqi called on the US not to violate the airspace of Afghanistan anymore.

Mr Muttaqi added that Washington should stick to the Doha agreement and should not violate Afghanistan’s airspace.

He has stated that in the past year, all ports of the country have been opened for business and facilities have been provided for traders.

Acting foreign minister of Taliban added that their delegation has travelled to different countries in the region to have expanded ties.

Muttaqi said although they have not been recognized, but the trips of the group’s officials outside Afghanistan have been official.

Muttaqi also said that several embassies have started their activities in different countries.

He added that the Taliban has adopted a balanced policy and will not oppose any country.

Acting foreign minister of the Taliban has emphasized on the economy-oriented policy.

Additionally, Muttaqi believes that no group has been able to use the soil of Afghanistan against other countries in past one year.

He referring to the launching of rockets from Hairatan to Uzbekistan and Tajikistan said that the perpetrators have been killed or detained.

Muttaqi claimed that there are countries around the world that support their government and will raise their voice if the Taliban bear any damages.