A former official says the Taliban’s defeat will happen in Panjshir, as they started another military campaign 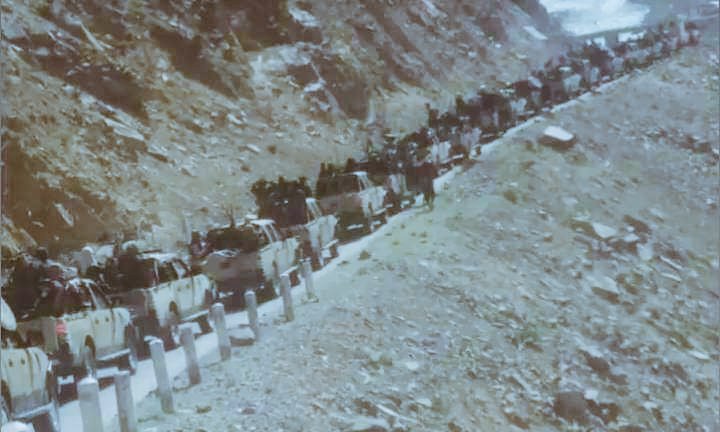 A former official says the Taliban’s defeat will happen in Panjshir, as they start another military campaign

As the Taliban assumed power nine months ago, they have repeatedly showed off to the world that they have ensured security across the country.

Political analysts in Afghanistan believe the narration of security across the country is of importance to Taliban. But so far it seems the Taliban have faced difficulties in Panjshir.

Their military campaign and the trip of their defense minister, Mullah Yaqoob, to Panjshir have provoked widespread reactions on social media.

Former advisor to the interior ministry, Bahar Mehr, said that the Taliban’s immediate defeat will take place in Panjshir.

Mr. Mehr added that considering the experiences of the past, the enemy will be defeated in Panjshir as they wrongly add to the number of their fighters to have the control of the area; this way they suffer heavy casualties.

In the meantime, former senior political adviser to the Afghan national security council, Daoud Naji, reacting to this decision of Taliban said that a government which lacks internal and international legitimacy, which is not independent economically and does not have administrative capacity, and the only characteristic of it is controlling the geography, so losing it can be a nightmare for them.

He added that Taliban wanted to destroy the armed resistance with this act.

A former member of Afghanistan’s parliament, Arif Rahmani, said that the Taliban wanted to eliminate resistance while gathering their forces. He added that Taliban deploying new forces in Panjshir wants to settle the issue of this province.

He reiterating that Panjshir is ready to respond, said that Taliban will transfer corpses to Helmand, Kandahar, Ghazni, Oruzgan, Zabul, Kunar, Khost, Paktia, and Paktika.

Hamid Haidari, a journalist, said that whether the Taliban military campaign in Panjshir, a valley which has become a big problem for Taliban in past nine months, determines the consequences of war in Panjshir and Andarab or not? The next days and weeks will determine this and the future of resistance.

Deploying fighters from the south to Panjshir, when it takes place, this province has witnessed conflicts in recent days between Taliban and NRF forces, and that Taliban have not succeeded so far.

The honeymoon period of Taliban is over: Pakistan Today

Female presenters must not obey the Taliban to wear masks while presenting programs: Karzai