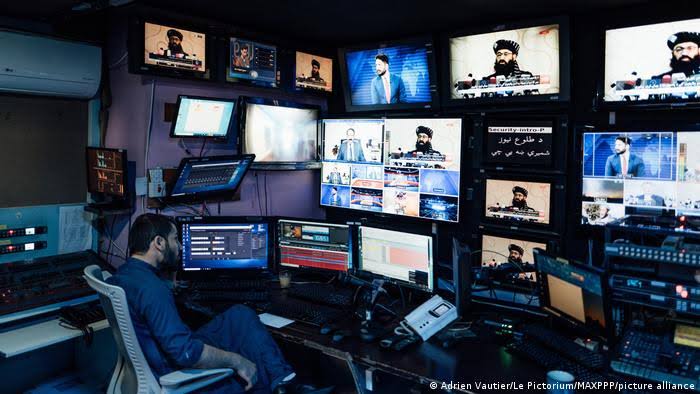 Reporters Without Borders in its latest report on “World Press Freedom Day” regarding the freedom of media all across the globe said that Afghanistan has been dropped from 122 to 156 on its press freedom index.

The organization in a tweet said that journalists and media are in bad situation and Afghanistan has lost their position on freedom of media than last year.

According to this global ranking Norway, Denmark, and Sweden are three countries which are at the top, while Iran, Eritrea, and North Korea are at the bottom of this ranking list.

RSF added that Taliban’s domination has had serious repercussions for the respect of press freedom and safety of journalists, especially women.

On the other hand Amnesty International in a message relating to “World Press Freedom Day” said that media are crumbling under the Taliban rule in Afghanistan.

Deputy Special Representative of the UN Secretary General, Mette Knudsen, said that journalists who are still in Afghanistan are committed to their job and sacrifice. They live under threat, and female journalists are bearing a lot.

She added that journalism in Afghanistan is in an unstable and challenging situation than in past two decades.

She added that free media are under attack. News agencies have stopped their activities, journalists have quitted their jobs. The majority of journalists left the country, but the ones who are still in Afghanistan are facing an unclear future.

The news comes as Taliban have imposed restrictions on media after their domination. They have repeatedly arrested and threatened the journalists. In some provinces local journalists said that the Taliban intelligence (Istikhbarat) call them and threaten, if the news is not in their benefit.

But according to Afghanistan Journalists Center Taliban have temporarily arrested at least 80 journalists in different provinces of Afghanistan after their domination which was accompanied with violence and threat.

Germany urged the end of restrictions on media in Afghanistan