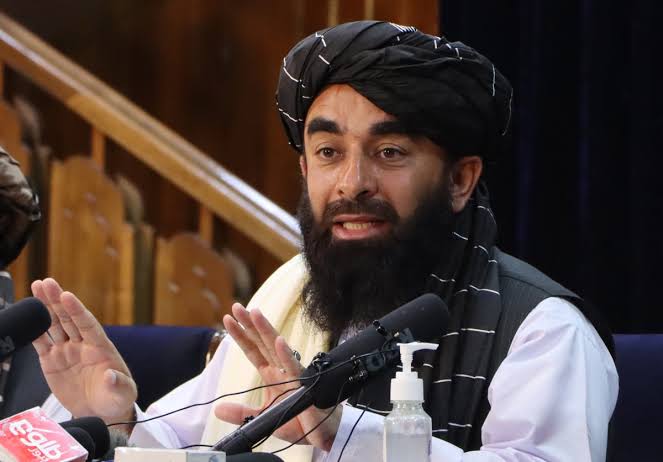 Following the prevention of Afghanistan Federation of Journalists and Media to hold a press conference, Taliban spokesman, Zabiullah Mujahid, tweeted that there is already a federation of media in Kabul that a number of active media outlets are its members, announcing a separate federation and membership of the media outlets that their activities were banned several years ago or their officials have fled the country is not appropriate.

Mr. Mujahid added the moves will lead to unsuitable competition among media outlets.

Earlier some media reported that Taliban’s fighters forcibly prevented the Afghanistan Federation of Journalists and Media to hold a press conference.

Many people reacted to this issue in various ways.

UNAMA called this act of Taliban as restricting the freedom of expression and media.

Freedom House called it as violation of freedom of press and urged Taliban not to trample freedom of speech more than that.

Amnesty International said this act of Taliban is suppressing free media and a blatant attack on journalism. This organization tweeted that media plays a pivotal role in informing the world about the situation in Afghanistan. Media workers and journalists must be allowed to work freely and protected.

Are women and children taken hostage in Baghlan?