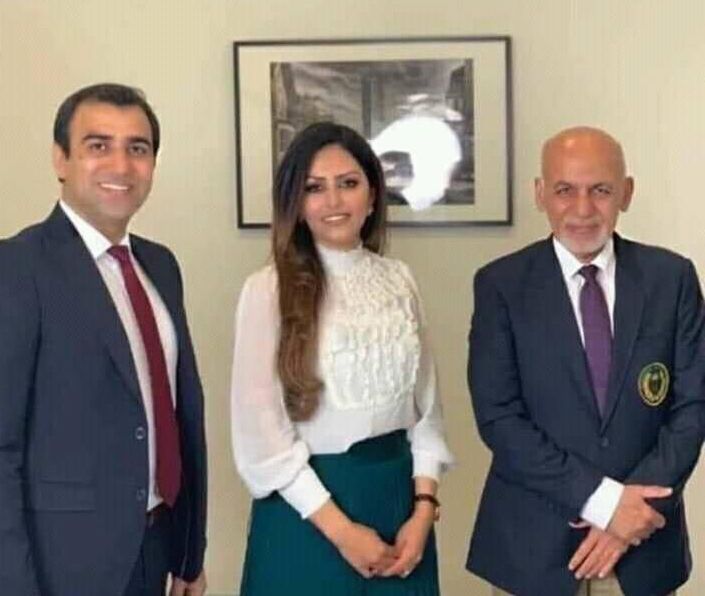 Following the release of a video of former deputy interior minister,  Gen. Khoshal Sadat, former RTA host, Diva Patang, and her brother Pamir Patang in a luxurious nightclub in London. A number of political and media activists bitterly criticized them as a close circle to runaway president of Afghanistan. Diva Patang one of Taliban supporter on social media sometimes in rooms in Space appears as a speaker. In a message she tried to hid herself behind “Pashtun ethnicity.” “To those few low level Pashtun haters, (this place is) Annabel, a private member’s restaurant, only high class people and celebrities attend. I was there with my two tiger brothers,” She said adding, “stop negative propagation against Pashtuns, I will not be silent.”

Although Diva Patang deactivated the comment part of that post, but activists bitterly criticizing her said that move shows her hypocrisy to hide behind ethnicity. A number of Pashtuns also called the act as an effort to provoke narrow minded people.

“They are neither supporters of IEA nor Afghans need them. They are filth of the society,” Muhammad Jalal one of Taliban media activists said.

Homeira Qaderi, a human rights activists and writer reacting to Khoshal Sadat’s festivity said “how many soldiers had been killed that you reached London’s nightclubs and upscale neighborhoods? You are the worthless general ever.”

But who are the well known faces of the video?

Former deputy interior minister, Gen. Khoshal Sadat that one of Afghan businessmen in London said that he has started his own business there.

Former host of RTA, Diva Patang, who earned $1000 as her salaries while Ismael Mia Khel was head of RTA and commute between Kabul and London using “first class.” Pamir Patang brother of diva Patang that in an effort with cooperation of Ismael Mia Khel and Fazel Fazly allocated a huge amount of USD under the name of ‘Afghanistan monetary fund,’ which had been cancelled a few months later and millions of USD vanished into thin air. Pamir Patang is accused of forgery from Brunel University London, too.

At the end of the video, pointing the middle finger by Khoshal Sadat and words of Iranian rapper wearing a Cross necklace, Poyan Mukhtari, that says to London based supporter of Taliban, “you are the love, baby diva” and Diva says “Thanks” has been controversial.

The result of one-day meeting in Oslo: “Afghanistan is the common home of all Afghans”