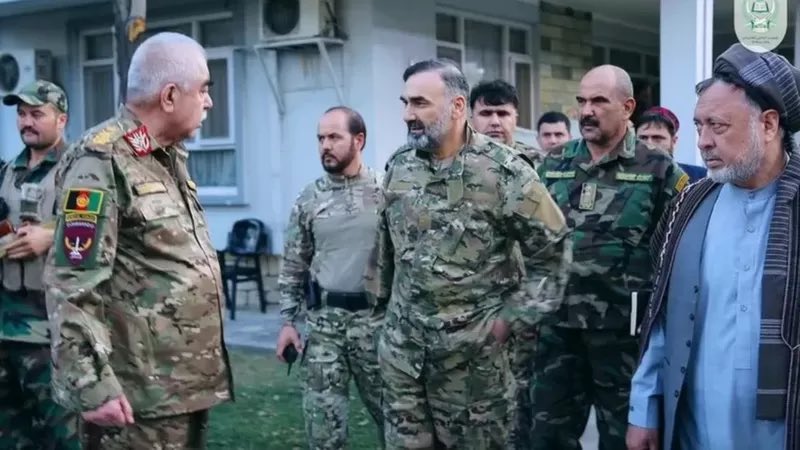 Moonis Ahmar, professor of international relations at University of Karachi, in an article to The Express Tribune, a Pakistani newspaper, said if Taliban continue to their false promises, and do not take the warning of Supreme Council of Resistance seriously, Afghanistan will face another civil war.

“In this scenario, national resistance thinks that the situation is ripe for the launch of a full-fledged offensive against a regime that already lacks popular support and is unable to get international recognition,” Ahmar stated.

Approximately, 10 days ago a number of political figures and anti-Taliban politicians under the name of Supreme Council of Resistance came together in Ankara, and issuing a statement urged the Taliban to restart peace talks to resolve the issue of Afghanistan.

The meeting took place at Marshal Dostum’s house in Ankara, and politicians agreed to form “Supreme Council of Resistance to Save Afghanistan”.

The politicians emphasizing the need for talks to reach a peaceful solution, expressed their support of battle in Panjshir, Baghlan, Takhar, Samangan, Badakhshan, Parwan, Kapisa and other areas, and called it legitimate.

They in a seven-clause statement told Afghanistan’s neighboring countries that Taliban’s “usurpatory and monopolistic government”has led to crisis and instability in Afghanistan.

The statement added that current situation is not in benefit of neighboring countries, and the world must focus on emerging crisis in Afghanistan.

“The world must realize that Taliban do not respect Islamic, humanitarian values, and international norms as well as standards of human rights,”the statement added.

Taliban interrogate the women who do not wear burqa in Takhar