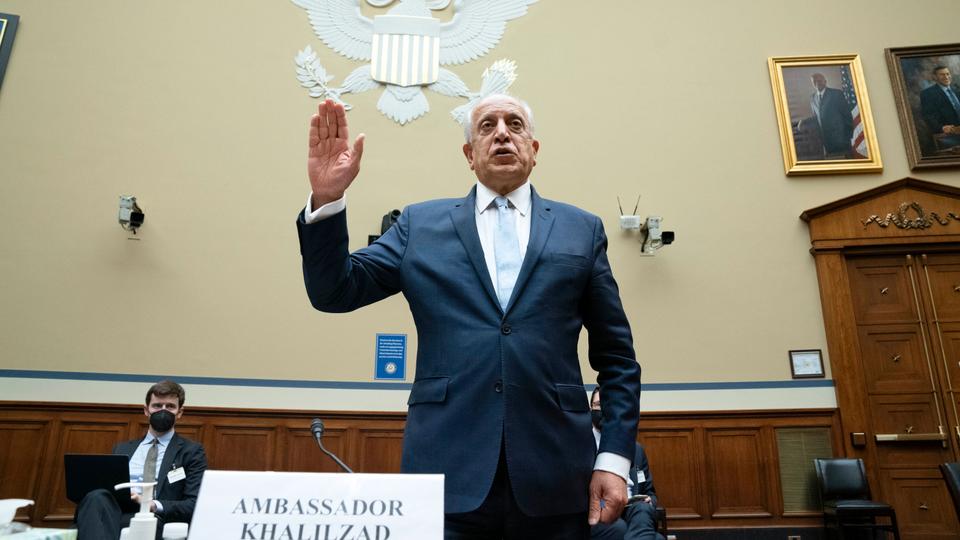 A source on the condition of anonymity told Aamaj News that former US representative for Afghanistan’s reconciliation, Zalmay Khalilzad, has gone to Qatar to settle his unfinished mission “Doha Agreement” and form an inclusive government with the presence of all Afghan ethnic groups.

Afghan–American Khalilzad is one of the prominent political figures who has played role in Afghanistan’s politics after cold war and occupation of Afghansitan by Soviet Union to presence of the US in Afghanistan back in 2001. He has always lobbied the US policies as an agent in Afghanistan and even across the world. Khalilzad was the US ambassador to Afghanistan, Iraq, and to the UN.

When the US former president, Donald Trump, introduced him as the US special envoy for Afghansitan’s reconciliation, once again he appeared and people were waiting for his trips around the world to bring peace in Afghanistan. His efforts on February 2020 by signing the “Doha Agreement” instilled hope into Afghans, but intransigence of Ashraf Ghani to stay in power and his final escape as well as domination of Taliban in particular Haqqani Network and isolation of Mullah Baradar ruined everything and people started to criticize him. People saw him as a person lobbying for Taliban, this way Thomas West took his position. Although Khalilzad has no position in the US State Department, but a source confirm to Aamaj News that he is still working as a consultant and his trip to Doha is planned by Washington.

The source adds that Americans are trying to manage the unpredictable situation of Afghanistan after escape of Ashraf Ghani, and Khalilzad is looking for ways to finish his mission. But what will Khalilzad do and what will be his reputation among people is a matter that will appear in history books.