Hundreds of people detained and dozens injured in Kazakhstan: HRW 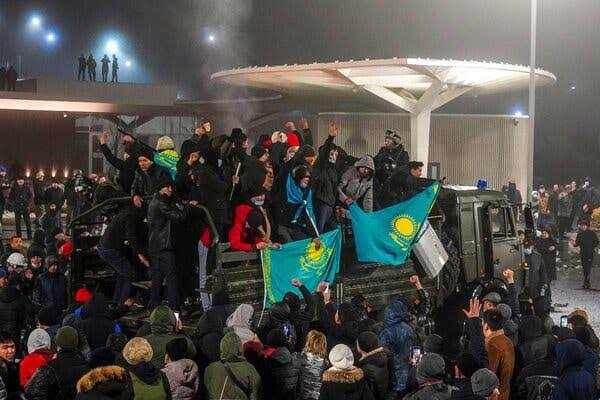 Human Rights Watch in its report says that hundreds of people have been detained and dozens injured in nationwide protests sweeping across Kazakhstan since January 2.

According to HRW people did not have access to the internet and messenger apps during the protests. At least two journalists from Radio Azattyk were briefly detained. Police and security forces used stun grenades, water cannon, and tear gas in response to the protests.

HRW referring to interior ministry of Kazakhstan says that more than 200 people have been detained and many injured, including 95 police officers in protests.

The protests, which started in Zhanaozen, western Kazakhstan, were triggered by sharp price increases for liquid petroleum gas (LPG), and soon expanded to all parts of the country.

The Biden administration has no plan to rescue Afghan commandos: US lawmakers